(VIDEO) Here is What Not Stopping in Willits Looks Like » 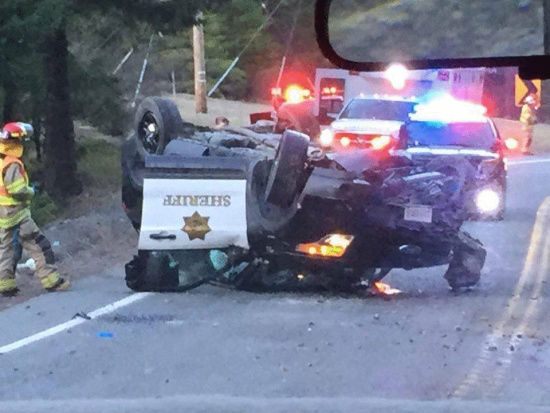 The California Highway Patrol, below, informs us that the deputy involved in yesterday’s single-vehicle rollover crash outside of Willow Creek was responding to a report of a fight in Hoopa at the time.

Rolling back the scanner recording shows that only a minute and a half passed between the time the Sheriff’s Office got the call on the Hoopa fight — seven to eight people, men and women, fighting in the Ray’s Supermarket with weapons including clubs and nunchucks, according to the intelligence at the moment — and the deputy crashing the vehicle. Audio follows:

On the afternoon of Thursday, February 12, a Humboldt County Sheriff’s Department Patrol Vehicle rolled over causing minor injuries to the driver.