Eureka’s I Street Closed at Del Norte; Lines Down in the Roadway » 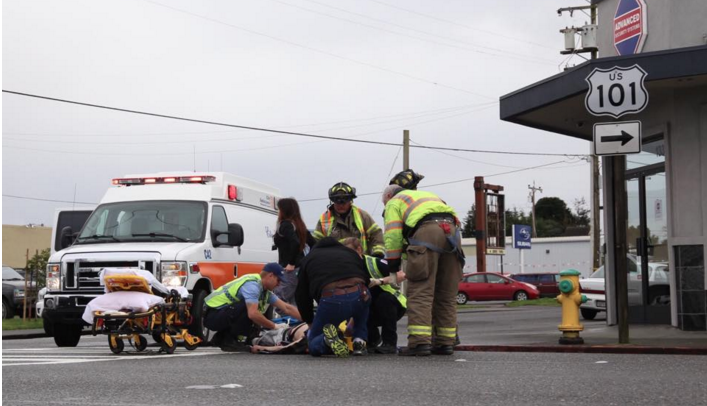 On 02/18/16 at approximately 3:16 p.m. the Eureka Police Department responded to 4th and O Streets for the report of an injury collision involving a pedestrian and a vehicle.

The pedestrian suffered major head injuries and was transported by ambulance to the hospital.  He was flown out of the area for treatment and is in critical condition.  Alcohol/drugs do not appear to be a factor in this collision.  This is an ongoing investigation.  Any witnesses are asked to call Officer Hill at (707) 441-4060.