Dead Man Found Amid Unknown Chemicals in Vehicle Near Petrolia » 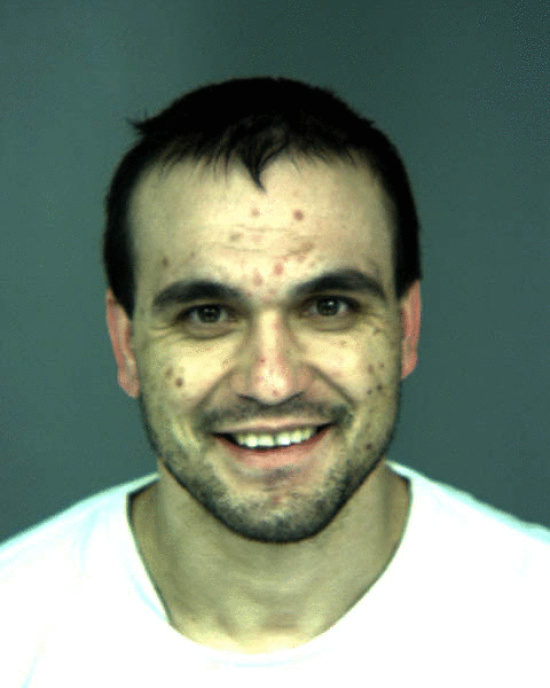 On Monday, February 1, 2016, at about 7:40 p.m. the Humboldt County Sheriff’s Office received a report of a vehicle burglary on the 700 block of Redwood Dr, Garberville. The male and female victim stated they observed their vehicles dome light was on, and upon checking the contents of the vehicle, the female victim stated her purse was missing. Video footage of the suspect was retrieved from nearby security cameras. The suspect was described as a white male adult, 5’10”, 160-170 lbs, wearing gray colored beanie style hat, and a white colored long sleeve zip up jacket.

At about 8:20 p.m. deputies were dispatched to Ray’s Food Place, Garberville, for a report of the Garberville Citizens on Patrol (COP) detaining the possible suspect who stole the female victim’s purse. When deputies arrived, the suspect had fled on foot. Deputies pursued the suspect, 27 year old Scott Arreguin, of Whitethorn, and apprehended him on the 900 block of Redwood Dr.

Arreguin had bookable warrants and was on probation. He was out on bail for a previous gun charge. The victims received their property, and did not wish to pursue charges. Arreguin was arrested and transported to the Humboldt County Correctional Facility for possession of stolen property, violation of probation, and his warrants.