« Humboldt County’s Unemployment Rate is the Lowest It’s Been in at Least 25 years. Yes, Really. 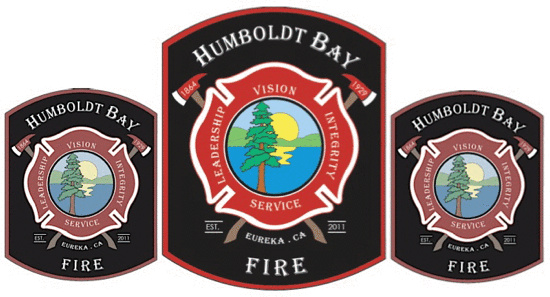 The first arriving engine located what originally appeared as an exterior fire to the front of a single-story single-family residence. However, further investigation indicated that this was actually a kitchen fire which had extended outside. While stretching a hose line to extinguish the fire two adult victims were located inside. Two ambulances were requested to the scene.

A fire crew extinguished the fire while additional crews searched the residence, located, and removed two victims. The first, an adult male suffered from smoke inhalation. The second, an adult female had serious burn injuries to her body and a compromised airway due to inhalation of smoke. The victims were treated at scene and transported to the hospital.

Two engines, one ladder truck, one squad, and two chief officers responded to the fire. It is notable that this was the first shift in which Station 4 (located at Myrtle and West Streets) will be consistently staffed with a two-person squad, rather than being intermittently browned out on reduced staffing days. This enabled Humboldt Bay Fire to provide an effective firefighting force at the incident, while holding one engine in reserve for District coverage in the event of other simultaneous emergency calls for service.

The fire cause is under investigation, but early indicators are that it is accidental in nature. Damage to the structure and its contents is estimated at $50,000. Smoke alarms save lives. Check them regularly and change the batteries twice a year!