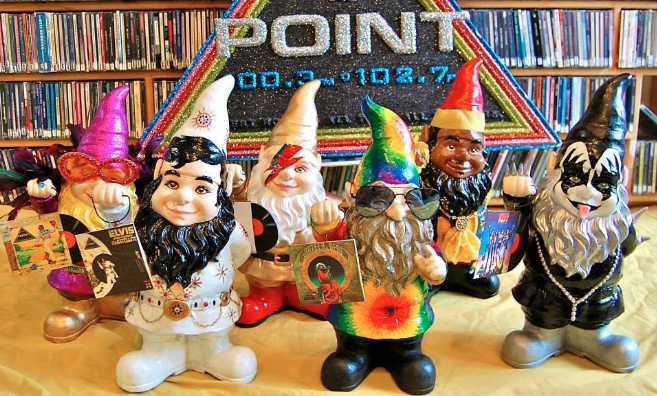 No, this is not some radio stunt (we asked to make sure). For some years now, LoCO’s colleagues at KWPT The Point have enjoyed the in-office company of some brightly colored, short-but-iconic gnome mascots designed to resemble Elton John, Elvis Presley, David Bowie, Jerry Garcia, Jimi Hendrix and Gene Simmons. Initially the stars of a wacky scavenger hunt radio promotion, the pint-sized supergroup were lovingly dreamed up by KWPT DJ Carole Ann who is rather good at making artsy craftsy stuff.

But today there is sadness in radio land. It seems that over the weekend the gnomes attended a co-worker’s birthday party at the Moose Lodge. They did not return.