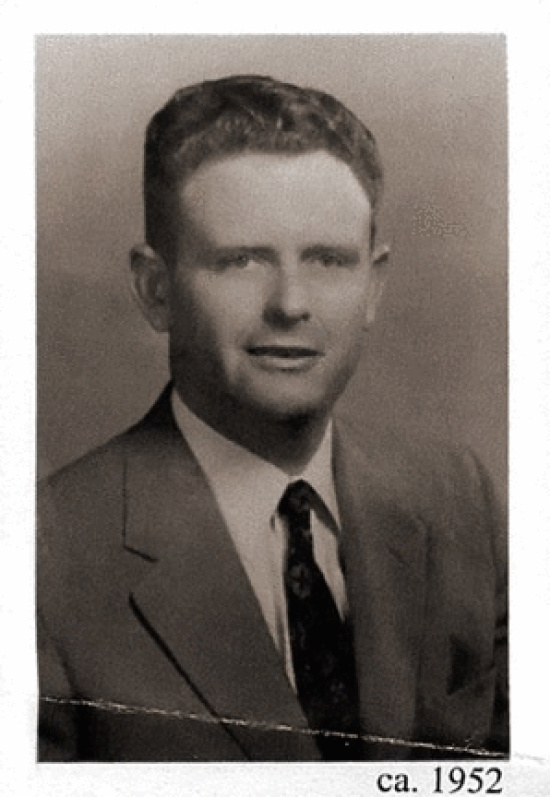 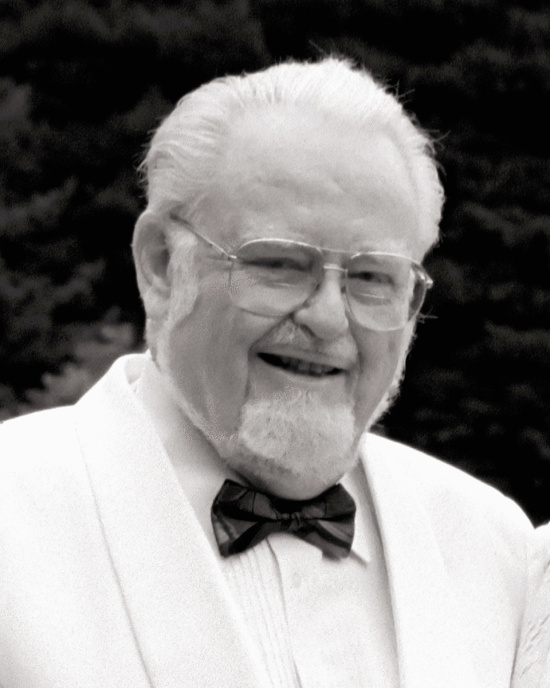 Milt was born in Los Angeles to Ukranian and Russian immigrants, Moses and Ida (Kovensky) Dobkin, on January 31, 1922. He was raised in Los Angeles and attended Hyde Park Elementary School, Horace Mann Junior High School, and Manual Arts High School. Milt was the first in his family to graduate high school.

In 1940, Milt entered Los Angeles City College, where he was Associated Students President (1941-42) and earned a Civil Air Patrol license. He wrote, “It was at City College that I began to be interested in student activism, and particularly in international matters relating to peace and justice.” During WWII, Milt was a Naval reservist and air cadet with active service as a petty officer and aviation instrument specialist, including stations in Charleston, South Carolina; Trinidad; and Brazil. Milt credited the National Youth Administration program for facilitating his introduction to higher education and the GI Bill with enabling his return to it.

Upon discharge in 1947, Milt enrolled at the University of Southern California, receiving an A.B. in 1949 and A.M. in 1950, both in Speech. He also completed advanced graduate work in Speech. While at USC, Milt again established himself as a leader and was noted on at least one occasion for his “display of oratorical fervor” (Daily Trojan, May 16, 1946). In 1948, he represented the Trojans at the National Debate Tournament with teammate Potter Kerfoot. Milt’s years at college gave him the opportunity to gain broad understanding of and appreciation for the arts. His Hollywood roots and investment in education extended throughout his life and into all kinds of arts and entertainment, from studying classical piano to enjoying musical theater, opera, and film.

Milt’s professional career began when he earned a secondary teaching credential and began teaching in Los Angeles area high schools (Beverly Hills, David Starr Jordan, and Los Angeles high school), adult evening schools, and part-time at LA City College. During his time as a high school teacher, Milt met his wife, Bette June Mattison, who was a high school debater at a neighboring school. They were married 56 years, from August 17, 1952 until Bette’s passing in 2008.

In 1955, Milt and Bette moved to Humboldt State College. While there, he and Bette founded the forensics team at HSC, and Milt held the positions of Assistant Professor of Speech (1955), Speech Department Coordinator (1958-1960), Language Arts Division Chair (1960-62), and Assistant Dean for Academic Affairs (1964-66), with visiting teaching assignments in California and Montana from 1962-1968. He served as State College Dean, Faculty Affairs, at the CUSC’s Chancellor’s Office (1966-69) before returning to HSC become Vice President for Academic Affairs (1969-1984), and Acting President (1973-74). From 1987-1992 he served as President of the California State University Emeritus and Retired Professors Association. Milt was particularly proud of his service to numerous university and California system-wide academic curriculum and policy committees, as well as being active in faculty governance and scholarly associations. In 1985, he received the Distinguished Service Award from the Western States Communication Association, an organization for which he served as president in 1967.

Following his retirement from HSU, Milt’s commitment to the education and welfare of others continued. He served on many local boards, including the Humboldt Arts Council, Dell’Arte, Redwood Arts Council, General Hospital Advisory Board and Humboldt Child Care Council, and as an elected member and chair of the College of the Redwoods Board of Trustees, California Faculty Association, and Retired Public Employees Association. In 2000, Milt and Bette were honored in the California House of Representatives as “extraordinary citizens” of Humboldt County for “their life-long contribution to one of the Nation’s most precious rights – participation in the political system…. their unwavering commitment and compassion, and for their contribution to the ideals and traditions that have made America great.”

Milt’s son, Donn, was born in 1961, followed by his daughter, Bethami (Beth), in 1963. Family time included fishing for salmon (and catching snapper) with his son, searching at night for pet caterpillars for his daughter, and of course numerous trips to Reno and Lake Tahoe (where card tables eventually took on multiple meanings for the children). Living “on the wild side” had nothing to do with outside adventure for Milt; for instance, he absolutely hated camping. He preferred the risky business of betting on the ponies at the Humboldt County Fair, participating in football pools, obsessively purchasing Lotto tickets, and frequenting local casinos, particularly when Pai Gow was available.

Milt’s high standards as a connoisseur of fashion, food and wine made life difficult for those who wanted to shop or choose entertainment for him. He was most satisfied and comfortable as the consummate host and controller of menus and libations. Throughout his life, he enjoyed sharing meals with friends, which led to elaborate grocery shopping routines, personal relationships with butchers and checkers, and forays into pasta making and cheese tasting. Milt’s passion for travel carried him around the world and across many decades, most often with Bette and friends, but also with family members and, in later years, with his partner, Jane. He delighted in sharing travel experiences with those he loved. In his earlier years, cruise directors often approached Milt with the proposition of employment as an escort, raising the ire of his equally impressive wife, Bette. Milt completed his final cruise in December 2015, just shy of his 94th birthday, and having visited every continent except Antarctica.

Milt was a life-long Democrat and ardent educator, offering civics lessons to his caregivers until the last days before his passing. He simply loved people. He supported women before feminism entered popular vocabulary, evidenced in part by his promotion of his wife and daughter’s careers. In his later years, his life was kept whole by his relationship with Jane. He was quick to share jokes, newspaper articles and anecdotes, taking genuine interest in others and generously offering his opinions about almost anything. Finally, Milt believed in the importance of education and the centrality of faculty in advancing it.

He will be missed not only by his friends, family, and the community of caregivers who supported him, but by the countless people he touched with his wisdom, grace, and good humor. Please join in celebrating his life on Saturday, April 9, 12 noon, at the Baywood Country Club in Arcata. Contributions in his memory may be sent to the Dobkin Forensics Endowment at HSU, or to any charitable organization that advances social or environmental justice.