« Strong Southerly Gusts to Hit the Humboldt Coast This Afternoon 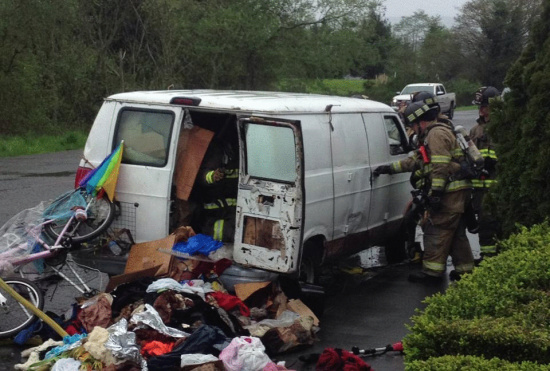 The Arcata Fire District responded to the report of a van on fire on Heindon Road near Toni’s Restaurant around 11:30 a.m.

According to scanner traffic, the first engine to arrive on seen reported visible smoke and flames contained to the driver side of the van.

LoCO’s vigilant salesman Shane Mizer was in the area, and snapped a few pictures of the cleanup work. 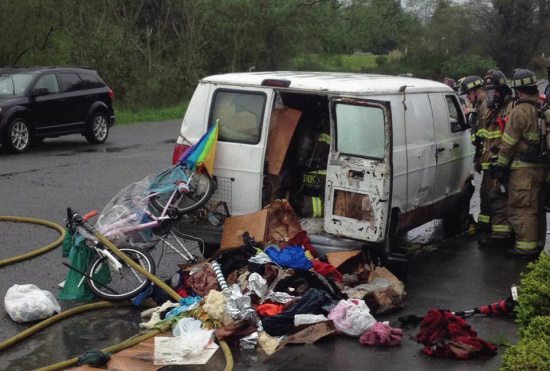