DEAD RECKONING: No, Really — The Fryer Ate My Baseball Cap 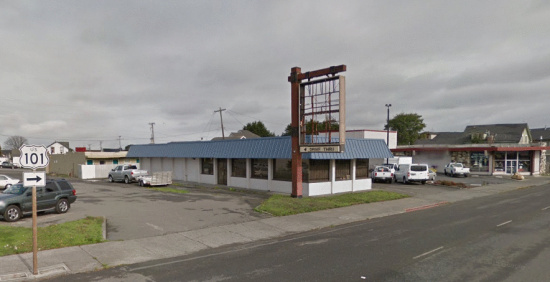 If the stages of life are measured by states of mind, my teenage years were a desperate and forlorn period when I had no idea who and what I was, who I wanted to become, and how to even navigate across a room without feeling as if every eye there was discreetly appraising each blemish and grime-clogged pore for evidence of a weak disposition.

Something, anything, had to account for what was obviously a very sorry state of being. Those watchful eyes, peering over the wire rims of their so very chic and sporty red spectacles, focused like a laser on my trouble spots before blinking back a sneeze.

I stank of self-doubt. If it were possible, I would’ve hunched myself in half and stared clueless at the chafed cafeteria linoleum as a forever listing human question mark. Despite an uncooperative spine, I was already sloughing down into the darkest parts of my own shadow where I could stare out but no prying eyes of prettier people — especially the poster pretty passion flower hotties that always made me sweat — could reject me.

Mostly, of course, I’d wholly imagined even this level of interest. They didn’t loathe me. They didn’t even know I existed.

Rather than being a magnet for indignities and shame, I was just another quiet whiff in the high-ceilinged halls of a musty high school where we, our parents, and even our parents’ parents, had collectively come of age.

No one noticed my oily hair, the sweaty palms, the off-brand white sneakers from K-Mart, nor even the stretch marks that had recently started a violent migration up my belly toward the twisted absence where Mom and I once had something in common. Now of course we hardly spoke.

My trajectory into adulthood followed all the typical routes and flashing red lights, an ambulatory advance from shaving and shouting through to driver’s education and an occasional and duly uninspired search for work experience.

Such is the subject of this reckoning.

Lacking any original job-seeking ideas, I first carpeted the Bayshore Mall with vapid sheaves of a resume, already somehow assured that a lingering body odor cloud, one I could sometimes spy like a delusion in my peripheral vision, would disqualify me from most retail jobs.

More likely, monosyllabic mumbles and an inability to make steady eye contact were the culprits. Regardless, weeks later, I was poor, unemployed and even more insecure.

It was in this state of grace, so to speak, that I found myself days later wistfully staring through the back passenger window of mom’s Sierra Cutlass, reading and re-reading the Help Wanted sign posted helpfully on the syrup-stained window of the Arctic Circle drive-through.

We’d treated ourselves yet again to a couple of courtesy cones, the short but sweet soft-serve cones that Arctic Circle had been freely handing out for years. They’d initially meant the gimmick as a means to help families shut their kids up while parents awaited their overwrought Bounty Burger and fries.

The best ideas are based on such simple premises. Buy a meal and treat yourself to a little dab of sweet meat while you wait. But Humboldt County being Humboldt County, people soon figured out that Arctic Circle employees were handing cones out to anyone who asked.

So, people asked. They asked and asked. By the time AC’s zealous penny-pinchers figured out where the soft serve leak had sprung, patrons had grown used to the privilege. Denial of this staid and generous PR boon was met with flat looks, clenched fists, and a surging diastolic that threatened to tie middle-aged engines up with oil-rich hiccoughs and a blue-blood fuel-air mixture.

Riots were in the offing.

For perhaps the only time in the long history of AC in Eureka, ownership bowed out of the brouhaha and chose to keep the corn syrup heart blood pumping. It was a loss, but a small one.

Their long-term solution? Apparently, make up the loss at the time clock by tediously — even sanctimoniously — assessing every second spent on every time card at a time when the minimum wage had long stood at $4.25 an hour.

Despite the chump change renumeration, I was overwhelmed by my new found wealth. When one suddenly has income where none before existed, it’s initially a struggle to find expenditures.

Pizza, a no-brainer. Books. Restaurant excursions. Bling for my little white EXP, such as a bitching set of back beads and even chrome gizmos for the air nozzles on my three bald tires. Maybe we were unsafe, certainly we were irresponsible, but we had mad style.

And go figure. I won’t make what some might call a sexist leap in logic, but couple the car, with chrome stylings, to a tank of gas and a job that ensured there was more gas to be had, and you’re spelling g-i-r-l-f-r-i-e-n-d.

It took three weeks to land a kiss, but at least the game was on.

So it went for the next two years. What once had been a quivering tower of plaintive puke slowly transformed into a man about town. I’d get off work, savor the kuh-clunk of the time stamp as it bore a deep divot into card stock, deploy fingers to arrange the muddy mop on my head into something resembling a gentleman’s part, and tear out of the 4th Street parking lot into the light and unsteady weekend late-night traffic. The sound of my little coup’s whooping exhaust was exuberant, and finally proud.

Funny how a shit job can make things OK, at least for a little while.

This particular little while lasted the better part of two years. In that time, I molted. I shed the old skin, scraping its tightest bits free against the serrated edge of a fence post. Though my uniform was stained, and zits now forever speckled the lower half of my fatter face, and my newly black sneakers were warped by the unceasing onslaught of heat and vaporized fry oil, I was an apex of American teenage stock.

A halo formed on the inside of my baseball cap, a cruel and black cranial apostrophe that signaled to the world I was finally self-possessed.

And I needed a raise.

I remember the afternoon well. The owners, an older couple who always appeared as if they’d just rolled up to Sturgis and made camp for a wild weekend ahead, had laid claim to a table in the far right corner of the store. Their son and first lieutenant, who effectively managed the place and held the promise of Arctic Circle Humboldt’s future somewhere in his briefs, stood with arms folded at the head of the table.

Short, with a stringy ponytail and pock-stained visage that spoke of a few too many Lime Rickeys and a lot too few grams of fiber, he was certainly a dynamo behind the grill. He worked hard, drove his Ford Fiero like it was a Porsche, and exhaustively lived his role as the heir apparent of this burger dynasty.

I felt I could charm a few cents out of the owners, but their son was a Rubik’s Cube of angst and dysfunction. Having come from a codependent family, I was attuned to that frequency and the levels in this ownership family were through the false ceiling. He was a sizzling resentment, a prodigal son who’d never left the front yard.

As much as he’d lecture his employees on the sacred value of the franchise and the business beneath it, he was imprisoned by the thing.

If you’ve ever worked for a small family business, and been caught up in the emotional quicksand such relationships often breed, you know how strange and uncomfortable it often was for Arctic Circle employees, who all did their best to surf deep tides they barely sensed and could hardly understand.

Tension was as flagrant in the store as fry sauce, and it always seemed as if the bulk of what mattered was never being said for fear of setting off a series of unfortunate events.

And it was in this environment on a Saturday in spring that I chose to raise my head and risk a figurative bullet to the brain. Hell, I wanted a raise. Worse, I felt I deserved one.

In the son’s eyes that made me guilty of overvaluing myself in an operation that could use me or lose me as quick as the pickles they piled three-at-a-time on sesame seed buns.

He told me as much, under cover of a wicked smirk that informed me my request for a ten cent raise after two years spent toiling under heat lamps on crusted mountains of fry salt amused him.

I made him laugh with the ridiculousness of my request, with the preening confidence I’d worked so hard to acquire these past two years, and I wilted. He dismantled all of my adolescent bluster with the bitter dismissal four decades of personal and professional frustration had wrought in him.

I crawled back to the grease pit, mad and sad and desperate for an excuse. All my several brain cells were telling me that I was worth the pittance of a raise, that Shawn was no true judge of any character, especially mine, and that I’d better take that stand now — here before Gods and Arctic Circle patrons — or forever be content with eating out of their son’s tiny, scar-speckled hands.

It took only a few minutes. As I said, creatures of dysfunction recognize resentment, and the son was quick to diagnose in the way I delivered my next food tray that I had suddenly developed an attitude that needed adjusting.

After handing off the shake and large fry to a particularly loyal customer — the crumbs on his shirt came from three different AC sandwiches, and those were just the ones I recognized — I headed back to the fry station where the manager stood waiting for me. His arms were crossed again.

“Go home,” he said angrily, nodding toward the glass front doors. “You’re not going to pout around all day and make everyone here miserable because you feel sorry for yourself.”

“Am I fired?” I pushed at him, seeking the satisfaction of his anger.

“Just go home, and I’ll call you if I want you to come back.”

And here I transcended momentarily my mortal coil, especially the part wearing an Arctic Circle uniform. Shouting in tongues, or at least in profanities gruff and profound, I ripped the name tag off my stained golf shirt and threw it back among the bun boxes and rat droppings, then — in an inspired fit of proletariat pride — I swept the hat off my head and tossed it like a brick into a gurgling vat of fryer grease that would soon be scalding a case of potato spears.

What felt even better was the expression my fellow workers wore as I stomped out of the kitchen, through the crowded dining room, and out into the sticky parking lot.

For years, they’d barely seen me. They’d occasionally spoken to me, when business demanded it, but for the most part we’d all just gone about our food service jobs with the same kind of detachment I imagine Zombies might feel after the thousandth brain pudding.

But as I swept out of AC forever, exhilarated at having just declared to the world that though my value hadn’t yet been set, it was damn well going to be more than $4.25 an hour.

Of course my next job — pearl diving at Village Pantry — also paid minimum wage. But that’s a story for another day.