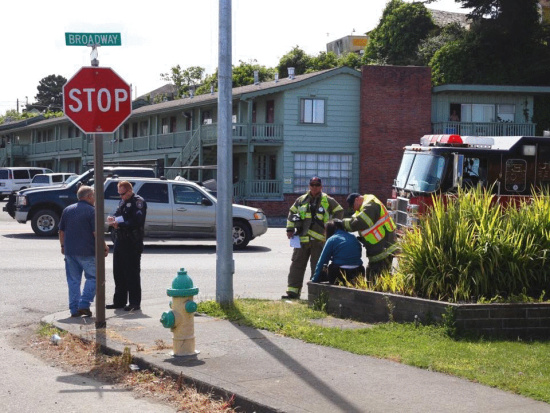 A woman walking across West Hawthorne street was lightly struck by a pickup a few minutes ago, causing the closure of that street at the intersection with Broadway for a few minutes.

Humboldt Bay Fire and an ambulance also responded to the scene, and the woman was taken to the hospital — mostly as a “precautionary measure,” according to the Eureka Police Department’s Officer Stephen Linfoot.

It appears that the truck involved in the collision had come to a full stop and was attempting a turn when contact with the pedestrian was made. 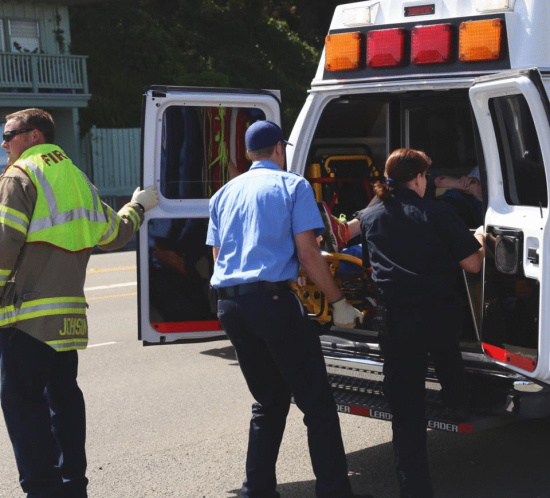