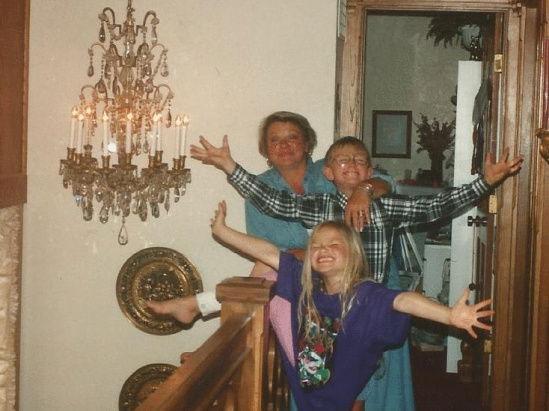 Cathy Cuppoletti-Smith was born on November 15, 1950 in Virginia, Minnesota to Rudolph Bruno “Bree” Cuppoletti and Catherine Alice (Watson) Cuppoletti. She moved from her birth place to Portland, Oregon in 1960, where she attended high school and worked at her uncle’s pharmacy. In 1970, she married her high school sweetheart, James Smith, after he was drafted into the Army.

They then traveled together all over the United States. Living in Texas, Kentucky and finally settling down at Fort Ord in Monterey, California, Cathy and Jim spent the next 19 years in the Monterey area, starting a family of three children: Jason Aber, Jordan Cooper and Breah Kay.

Cathy worked as a hairdresser for several years. She was also an artist, selling paintings at first at art festivals and eventually running a store front called “The Glass Butterfly.” After the birth of Jordan and Breah, Cathy began running a daycare from her home.

In 1994, the Smith family moved to Northern California, settling in McKinleyville. While there, Cathy took up floral designing and began working at Arcata Florist, eventually moving on to opening her own florist shop, Flowers Etc. that she ran until her retirement in 2015.

Cathy is preceded in death by her parents, Bree and Catherine Cuppoletti and her sister, Brenda “Sue” Krall. She is survived by her husband, Jim Smith, her children Jason, Jordan and Breah, daughter-in-law Dianna, grandson August Milo, her siblings, Barbara Lynn, Ralph Cuppoletti and Terri Ann Cuppoletti (Wederski) and her many nieces and nephews.

Many people were lucky enough to have met Cathy, and many will miss her. She always had a place at her table for family and friends and kept a safe place for all to come and feel at home. She is missed.

Cathy’s family is celebrating her life in a small gathering at her home in McKinleyville throughout the weekend, any who wish to stop by and remember Cathy are invited to come and reminisce.