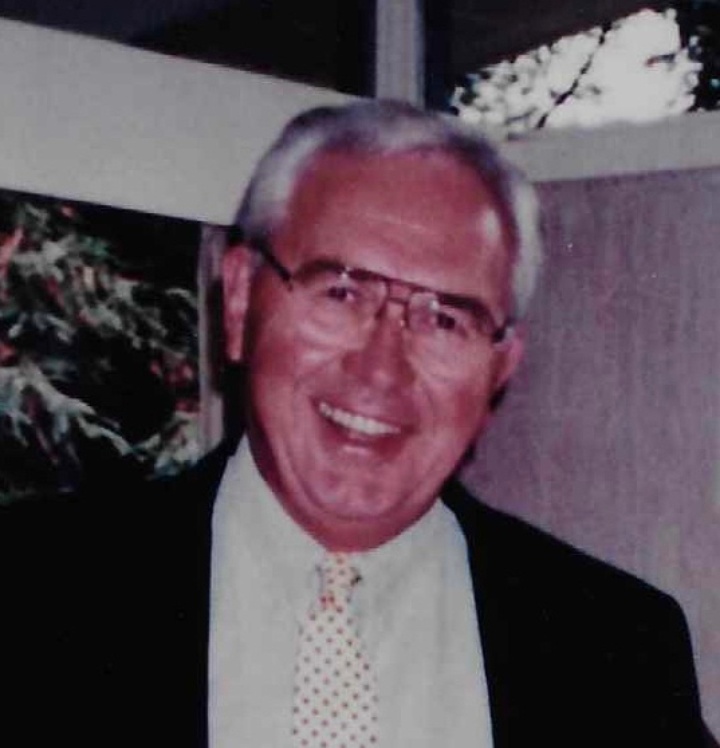 John Paul Hamilton, 82, of Rocklin, CA, died peacefully after a short illness on September 18th, 2016, at Kaiser Hospital in Roseville. He was one of three boys, born in Anderson, Indiana to John L. Hamilton and Janette E. Fogerty. He earned his degree in Business Administration from Indiana University.

After serving in the Marine Corps, John moved west to Sausalito, where he and his first wife Maggie raised their children Michael, Julia and Paula. John opened up the historic and still thriving “No Name Bar”.

In the early 70’s John moved his family to Lake Tahoe where his life as a restauranteur kept him happy and busy at the Sunnyside Resort and later at the Offshore Bar & Grill in downtown Tahoe City.

John liked to tell the story of how he met his best friend and partner, Sharon Lazio, in 1980. Highlights of this wild tale included a spur of the moment airplane charter, a very foggy and scary landing at Murray Field and a ride to Tom and Lois Waters’ “Alley Cat Bar” to get the phone number of the great gal named Sharon who had stolen his heart when he met her the week before up in Lake Tahoe.

After moving to Eureka, John spent nearly a decade as General Manager of Baywood Golf and Country Club. His big smile and words of encouragement were greatly appreciated at his extended families numerous gatherings, baseball games, ballet recitals, soccer games and shows at the Old Town Bar & Grill.

John and Sharon moved to Rohnert Park in the late 1980s where he was the Manager at Santa Rosa Golf and Country Club. In retirement, John enjoyed living in Rocklin, close to his daughter Julia and John Gullo.

He had the voice of Lon Simmons and the heart of a Teddy Bear. John liked a little gin fizz with his brunch, had a great sense of humor and was a creator of fabulous salad dressing. He always kept his clothes pressed, including his jeans while traveling, and his size 14 sneakers miraculously stayed white. He loved our big family gatherings, clam chowder, the waterfront, dungeness crab, working hard, laughing and making people—young and old—feel good about themselves. He was up to the minute on sports, politics and literature and was always a smart, caring and interesting guy to talk to. John was the definition of a true gentleman.

John was preceded in death by his beloved partner Sharon Lazio, his daughter Julia Gullo, his son Michael Hamilton, his parents John and Janette Hamilton, his brother and sister-in-law Jim and Jana Hamilton, and the mother of his children Maggie Hamilton.

The family would like to thank John’s son-in-law John Gullo and John’s granddaughter Justine Gullo for the care and companionship in his last years.

Papa John, we will never forget the love you gave us, the excitement in your eyes for your children, grandchildren, great-grandchildren, nieces and nephews. We are forever grateful for your presence in our lives.