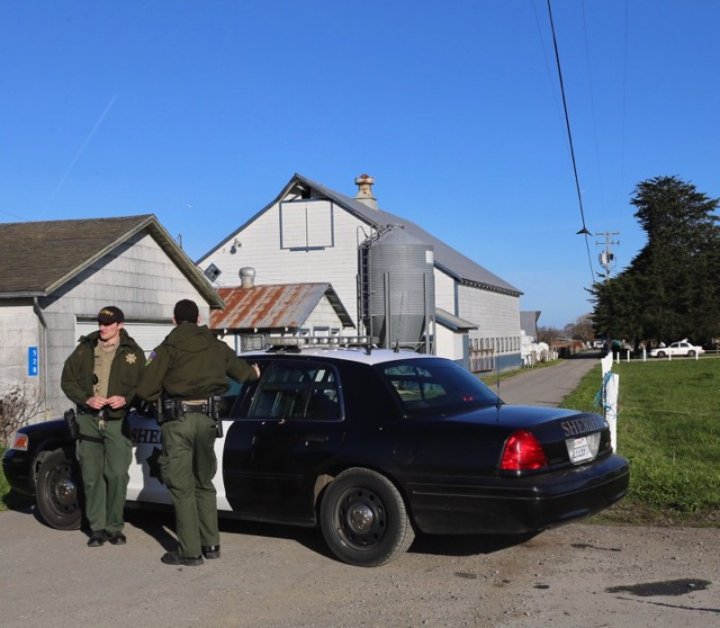 The HCSO reports that the wounded officer has been released from the hospital and is recovering.

The HCSO says it will release more information about today’s shooting during a press conference tomorrow at 11 a.m.

LoCO reporter Andrew Goff is on scene and reports that as of 10 a.m., there is still a sheriff’s department detective processing the scene while other deputies stand watch.

Deputies told Goff they were not authorized to speak about the investigation.

The deputy is in stable condition.

The incident began just before 1 a.m. on the 700 block of Coppini Road, according to scanner traffic caught by “unofficial” on the Lost Coast Outpost’s “Scanner Traffic Indicates” page. Deputies who arrived on scene retrieved a woman who had been held hostage at the location, according to scanner traffic, and the deputy was shot at about this time. A standoff between law enforcement and a suspect or suspects inside a home lasted several hours before the suspect - Hugo Parral Aguirre — was taken into custody with multiple gunshot wounds.

We’ll update when we know more. Below: Tweets from the Sheriff’s Office last night:

#developing Active investigation happening on Coppini Ln. in Ferndale Bottoms area. One deputy shot, is in stable condition. #Ferndale Bottoms residents are asked to stay inside while deputies search for suspect.

#update Suspect Hugo Parral-Aguirre involved in the Ferndale officer-involved shooting has been located and taken into custody. Parral-Aguirre is being transported to a local hospital with multiple gunshot wounds.