« (VIDEO) Eureka’s Heroes of C.A.P.E. Bring Services to the Underserved, Look to Expand Their Ranks 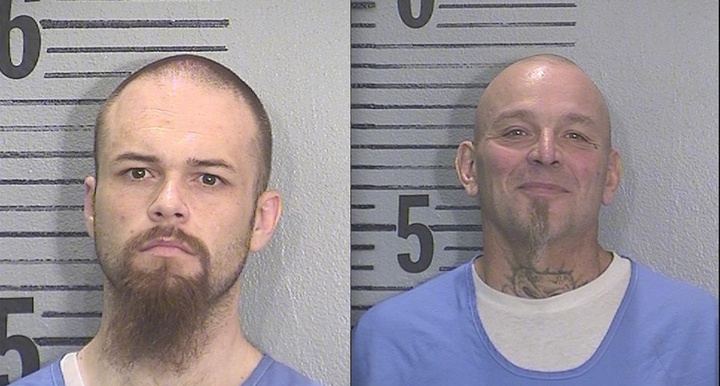 California Department of Corrections and Rehabilitation (CDCR) officials are searching for two minimum-security inmates who walked away from the California Correctional Center (CCC) Alder Conservation Camp (CC #20) in Del Norte County on Jan. 24, 2017.

CDCR, CAL FIRE, law enforcement personnel, the California Highway Patrol and local law enforcement agencies have been notified and are assisting in the search for Edwards and Schueren.

Edwards is a white male, 5 feet, 8 inches tall, weighing 167 pounds with green eyes and blonde hair. He was committed to CDCR on Oct. 23, 2015, from Glenn County to serve a six-year sentence for criminal threat to cause great bodily injury/death and DUI over legal blood alcohol content within 10 years of specified violations. He was scheduled to parole in 2019.

Schueren is a white male, 5 feet, 10 inches tall, weighing 183 pounds with brown eyes and brown hair. He was committed to CDCR on March 23, 2016, from Orange County to serve a four-year sentence for assault with a deadly weapon. He was scheduled to parole in 2020.

Since 1977, 99 percent of all offenders who have left an adult institution, camp or community-based program without permission have been apprehended.