Brush Fire in the Palco Marsh Quickly Knocked Down; Fire Appears to Have Been ‘Deliberately Set,’ Says Chief » 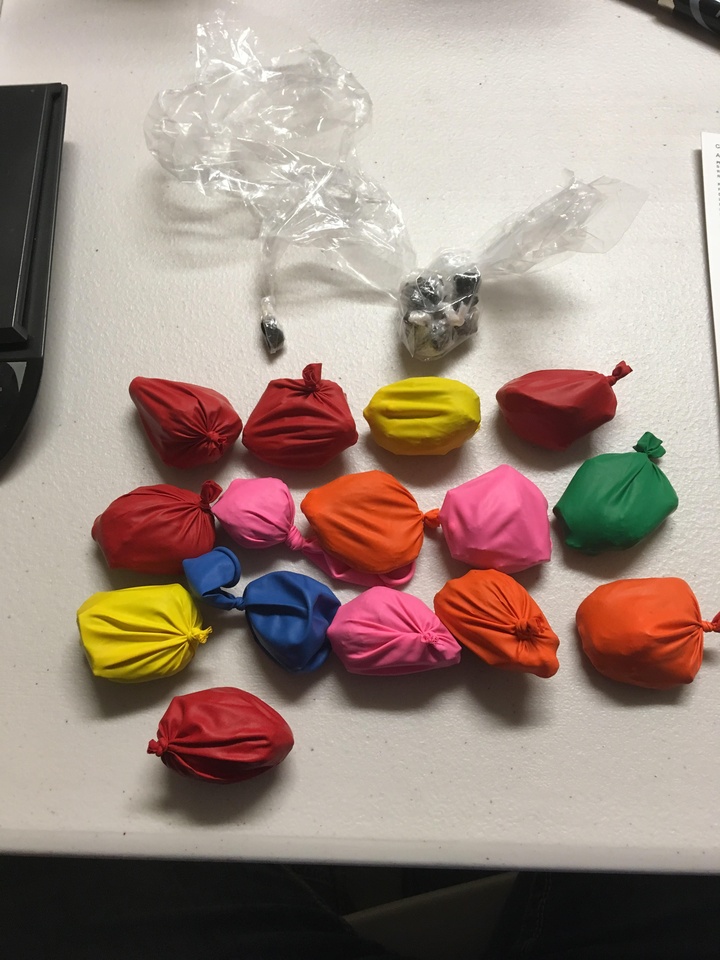 On Thursday, 03/30/17, at around 7:19 p.m., detectives with the Eureka Police Department’s Problem Oriented Policing Unit (POP) conducted a traffic stop on a blue Chrysler PT Cruiser in the vicinity of California and West Hawthorne Streets.

Detectives detained the Chrysler’s three occupants, who were associated with an apartment on the 200 block of West Clark Street, Eureka. During a subsequent search of the Chrysler, detectives located approximately 2 ½ ounces (69 grams) of tar heroin.

At approximately 7:30 p.m., detectives served a search warrant at the associated West Clark Street apartment where they located another approximately 14 ounces (393 grams) of tar heroin along with scales, packaging materials, and indicia indicative of drug sales activity.

At approximately 8:30 p.m., pursuant to the same warrant, detectives searched a second house on the 2400 block of Summer Street. Two young adult females were detained inside but later released. The search warrant services were the result of an on-going POP Unit investigation into heroin sales in Eureka. A total of just over 16 ounces (one pound or 462 grams) of heroin were seized during the operation.

Duante Bustamante (age 28 of Mexico), Javier Aispuro-Uribe (age 30 of Mexico), and Leopoldo Santacruz-Gomez (age 36 of Mexico) were arrested and booked into the Humboldt County Correctional Facility for possession and transportation of a controlled substance for sale and for conspiracy to traffic narcotics.

All three suspects were still being in jail on these felony charges at the time of this news release. Anyone with information concerning suspected drug sales activity occurring in Eureka is encouraged to call the Problem Oriented Policing Unit at (707) 441- 4373 or the Humboldt County Drug Task Force at (707) 444-8095.