INTERNET WOES CONTINUE: Some Businesses, Including the Check-In Counter at the Airport, Are Still Mysteriously Disconnected » 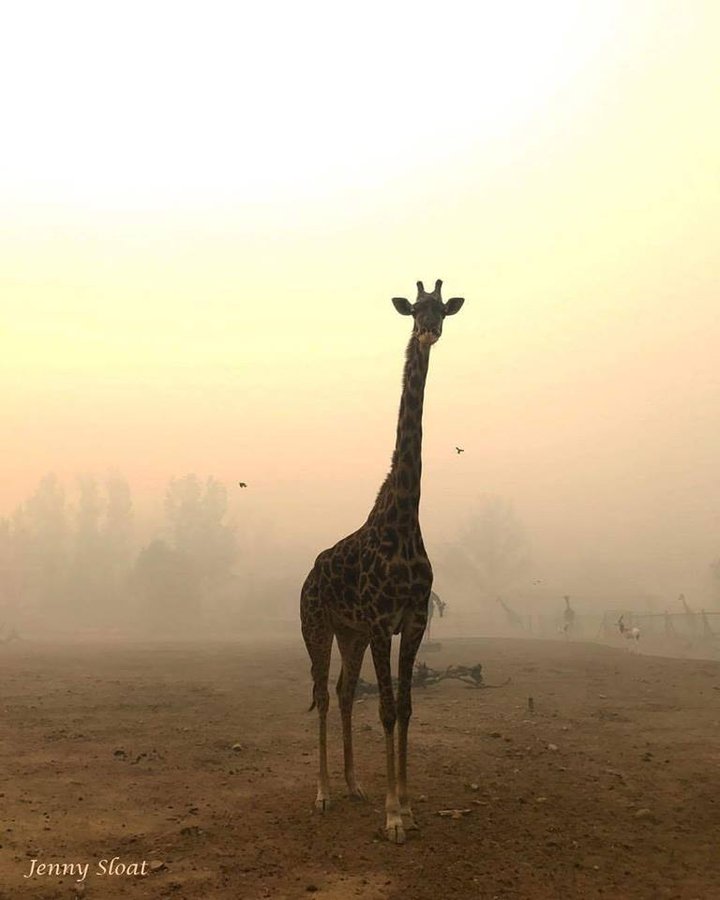 Cheetahs, giraffes, lemurs, zebras and rhinoceroses are among nearly 1,000 exotic animals threatened by a 34,000-acre wildfire burning through Sonoma County.

The Safari West wildlife preserve, located in the hills of Santa Rosa, is one of roughly 30,000 structures actively threatened by the Central LNU Complex Fires.

As of this morning, fires in the complex — composed of the Tubbs and Pocket Fires — have killed 14 people and destroyed 576 structures.

The accredited zoo stated in a Facebook post last night, that fire conditions remain hazardous in the area, but that the animals are safe.

“Conditions at Safari West remain largely unchanged,” the Safari West Facebook page reads. “The animals are safe, secure, and surprisingly relaxed considering the situation. Our crews worked throughout the day to tend to the animals and bolster defenses around the preserve. This fire is far from contained and CalFire anticipates critical conditions to continue throughout the night.”

While the safari park remains safe, Santa Rosa’s Press Democrat reports that its 77-year-old owner Peter Lang chose to stay at the park and hose down threatening hot spots while his home burned.

“I did not lose a single animal,” Lang told the Press Democrat on Tuesday. “It is amazing.”

Our lemurs are wondering where the summer sun went! pic.twitter.com/TIZrmjPQIr

The park has set up a GoFundMe to help the many Safari West employees who reportedly lost their homes to the same wildfire. Calfire reports the Central LNU Complex Fire is currently 10 percent contained.

Flames loom behind the preserve.

According to Safari West’s website, the 400-acre preserve is home to more than 90 unique, mostly African species of animals. Read more from the Safari West’s Facebook post below.

Thank you everyone for bearing with us as this situation continues to unfold. The area surrounding Safari West remains evacuated and closed off. Please do not attempt to reach Safari West at this time. While we have been able to get some Safari West employees on site, this has only been possible through coordination with CHP and other emergency services and for the purpose of protecting Safari West. Please help us in making sure these roads stay clear for the firefighters.

Conditions at Safari West remain largely unchanged. The animals are safe, secure, and surprisingly relaxed considering the situation. Our crews worked throughout the day to tend to the animals and bolster defenses around the preserve. This fire is far from contained and CalFire anticipates critical conditions to continue throughout the night.

An increasing number of fund-raising sites have appeared in recent hours. While some or even all these sites may well be legitimate, we at Safari West are neither requesting donations nor are we operating any kind of fund-raising activities at this time. We continue to request that donations be directed toward our fire-impacted friends and neighbors throughout the effected area instead.

Thank you all for keeping us in your thoughts. Hopefully this will be a good night and we’ll see more progress on these fires tomorrow. Take care of each other and stay safe out there.