« (PHOTO) HSU is No Longer a Safe Space 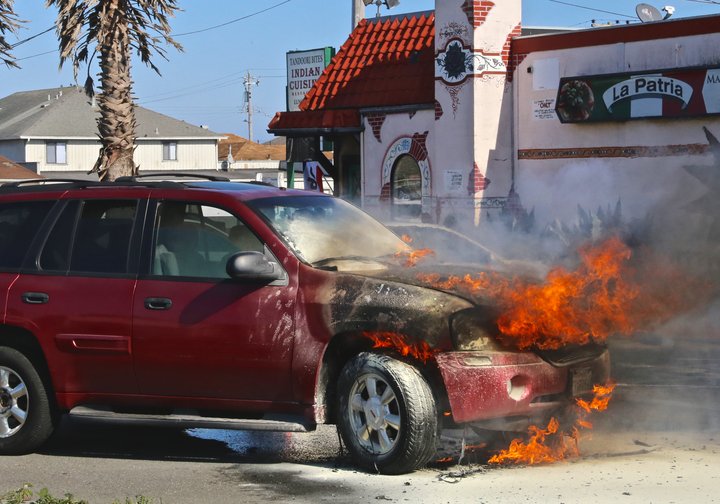 Lunch-goers at Eureka’s La Patria restaurant were treated to the sight of a red SUV bursting into flames in the restaurant’s parking lot this afternoon at about 12:30 p.m.

Humboldt Bay Fire summoned several units to the scene when they got the word, as it appeared for a moment that there was a threat of the fire spreading to the building. The first units to arrive waved off most of the help that had been assigned to the case, and proceeded to bring the threat under control.

The smoke from the vehicle did set off La Patria’s smoke alarm.

The Eureka Police Department also responded to the scene for traffic control. They briefly closed down R Street between Fourth and Fifth, as well as one lane of Fourth.

Chris Emmons, a Humboldt Bay Fire battalion chief, told the Outpost at the scene that the driver of the vehicle pulled into the lot after he noticed flames emanating from the hood of his vehicle.