Identity of Man Whose Body Was Found in Eel River Released » 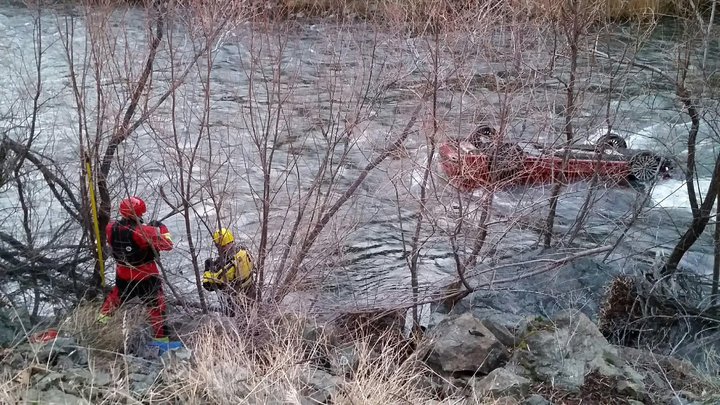 On December 12th, at 5:22 AM, the California Highway Patrol Yreka Communications Center (CHP Dispatch) received a 9-1-1 call regarding a vehicle upside down in the Klamath River. The red 2018 Ford Fusion was located in the Klamath River on State Route 96, west of State Route 263, on its roof, almost fully submerged, and the four-way emergency flashers were on.

Mr. Finn told officers he may have crashed into the water around 3:00 AM this morning, he was pulled from the vehicle at approximately 7:55 AM, and he endured nearly five hours breathing from a pocket of air inside his vehicle.

The Yreka CHP would like to remind everyone to slow down during hours of darkness and when roads may be icy.