« RIO DELL SEZ: No, City Government is NOT Looking to Institute a Needle Exchange Program 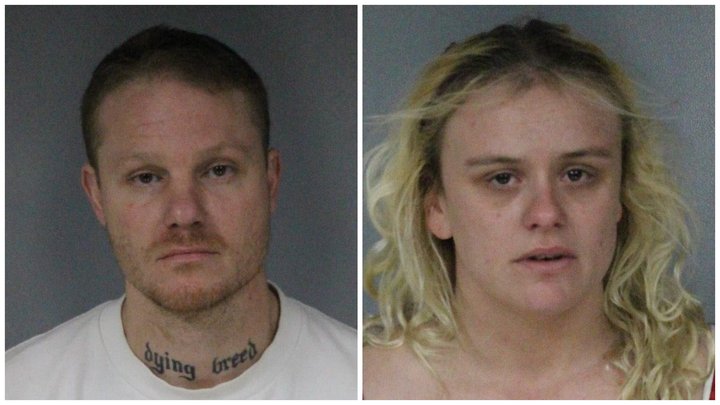 On 12/5/2018 at about 1:11 pm, officers of the Eureka Police Department’s Problem Oriented Policing unit (POP), assisted by members of the Community Safety Enhancement Team (CSET) conducted a probation search at a residence located at the 1400 block of A Street. This was in response to numerous complaints of ongoing illegal activity.

As a result of the search, a stolen motorcycle, a motorcycle frame with an obliterated identification number, and burglary tools were located.
Based on the investigation, the following two suspects were taken into custody for the below charges and they were both booked into the Humboldt County Correctional Facility (HCCF).

Joshua Dale Rau (38 years old) was booked on possession of stolen property, possession of burglary tools, and possession of property with an obliterated identification number. He is being held on $25,000 bail.

Jessica Darlene Grzymski (29 years old) was booked on charges of possession of tear gas by a felon. She is not eligible for bail, due to being in violation of the terms of her Sheriff’s Work Alternative Program (SWAP) agreement.

This is an ongoing investigation and further details will be released as it is available.