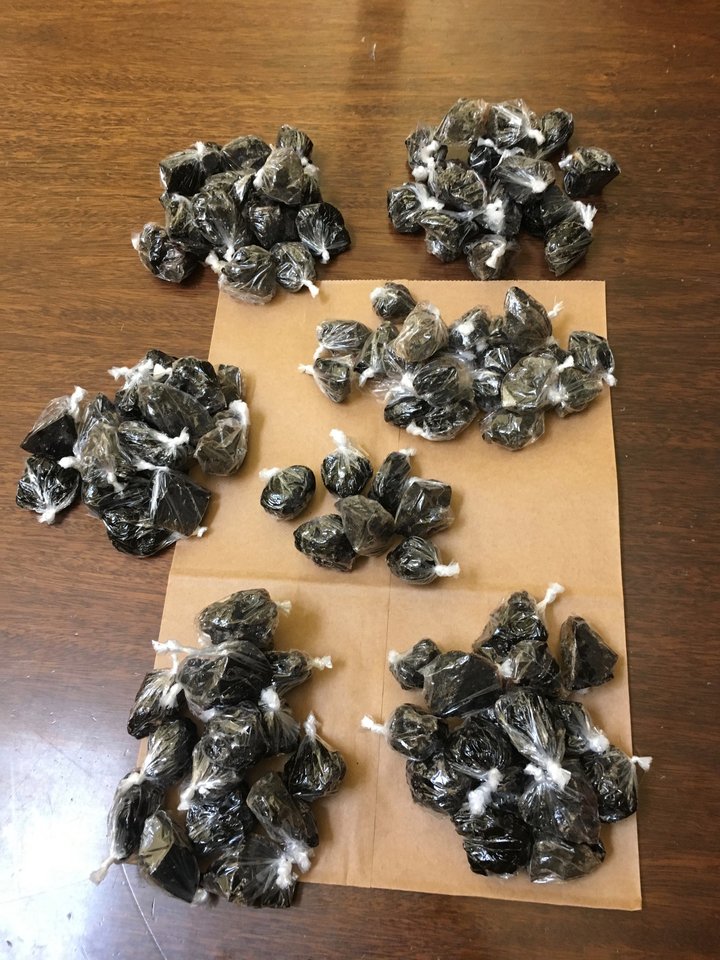 On July 26, 2018, Special Agents with the Humboldt County Drug Task Force, with the assistance of the Humboldt County Sheriffs Office and a narcotic detection K9 with the District Attorney’s Office, served a search warrant on a vehicle being driven by suspected narcotics trafficker, Mitchell Aguiar (age 26). Agents have been investigating Aguiar for several weeks and were able to identify him as a narcotics dealer in Humboldt County.

At approximately 4 p.m., agents conducted a traffic stop on Aguiar along Highway 101 near the Kenmar exit, Fortuna. After being alerted by the K9 agents discovered a false compartment within the vehicle. A search of this compartment yielded just over 6 pounds of suspected heroin. The heroin was packaged for sales. Aguiar was subsequently placed under arrest for the following charges:

Aguiar was transported to the Humboldt County Correctional Facility where he was booked on the above charges.

Agents then served a search warrant at a motel located in the 1900 block of Broadway, Eureka. Aguiar rented a room at this location and agents located additional packaging material, digital scales, and other items associated with narcotic sales.