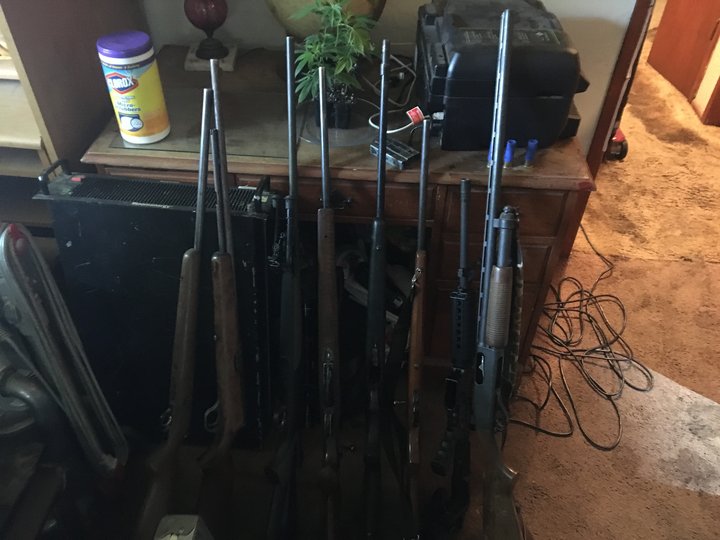 Humboldt County Drug Task Force, with assistance from the Humboldt County Sheriffs Office, served a search warrant at residence in the 5000 block of Community Road, Hoopa. Agents had received information from community members that Richard “Dickie” McCreadie was dealing drugs from his residence.

During the service of the search warrant, Agents located approximately 1/2 ounce of suspected heroin packaged for sales, approximately 4 grams of suspected methamphetamine, and numerous firearms. McCreadie was arrested on the following charges:

Also inside the residence Agents located Candis Nadine Hostler. Hostler was arrested on an outstanding no bail felony warrant. Both subjects were transported to the Humboldt County Correctional facility where they were booked for the above listed charges.