« ONLY A TEST: FEMA is About to Get Up in Your Phone! 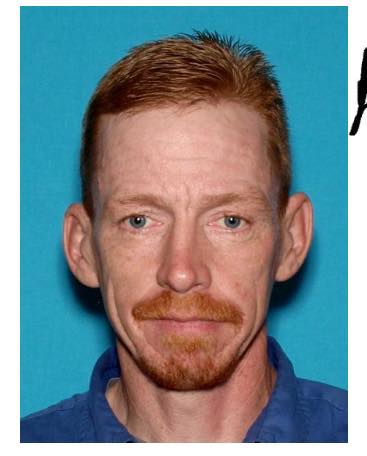 On October 1, 2018 at about 4:43 p.m., the Siskiyou County Sheriff’s Office (SCSO) received a report of a missing person from his companion. According to the reporting party, the missing person was last seen on September 30, 2018 at about 7:00 p.m. in the Beaver Creek area in vicinity of the Klamath River (near SR 96 & United States Forest Service Road {USFS} #47N44) an area located about 39 miles northwest of Yreka. The missing man, identified as Mr. Jason Cantrall, 46, of Crescent City, California was reportedly last seen hunting in the area. He left his pick-up truck unattended with possessions inside. Mr. Cantrall has a medical condition and he is considered endangered. A major effort has been initiated by the SCSO’s Search and Rescue (SAR) team and thus far, no sign of the missing man has been found in the vicinity of the abandoned pick-up.

SAR team members include Siskiyou County (CA) and search personnel from Jackson, Josephine, and Klamath Counties in Oregon. Additionally, 15 to 20 family and friends of the missing man are conducting searches in the local area. SCSO is being assisted by the Jackson County Sheriff’s Office, which has provided a fixed-wing aircraft to assist with the search. Four canine teams have also been deployed in the search effort. 30 total SAR personnel are deployed on-scene, including members of the California-Oregon Search and Rescue organization, which frequently respond to cross-border search missions in Oregon and California as partners. The California Army National Guard has also deployed a helicopter to assist with the search effort and will soon arrive on-scene. The California Highway Patrol attempted to deploy an additional helicopter from Northern Division (Redding) but were precluded by inclement weather conditions. Additional support has been received from the USFS, both law enforcement and resource personnel.

According to Sheriff Jon Lopey, “We are very concerned about Jason’s whereabouts and we are very concerned about his welfare, based on the duration of his absence and the fact he has a medical condition has provided an elevated sense of urgency to all search participants. Our search and rescue personnel and volunteers and personnel from several jurisdictions are working hard to locate him, under the supervision of SCSO SAR Coordinator, Deputy Mike Burns. We are very grateful for the robust response from our county and many other state and local jurisdiction actively engaged in the search operation. Anyone with information about Jason’s whereabouts is urged to contact the Siskiyou County Sheriff’s Office 24-hour Dispatch Center at (530) 841-2900.”

Photo of Cantrall provided by the DNCSO.