(VIDEO) Did You See It?! SpaceX Rocket Launch Visible From Humboldt County » 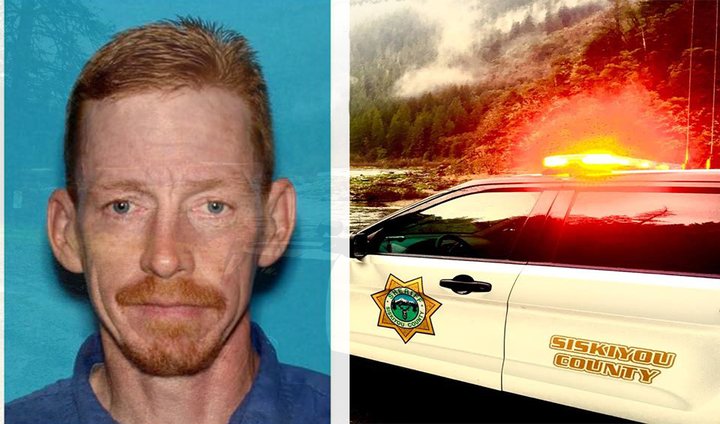 On Friday, October 5, 2018, at about 1:15 p.m., the Siskiyou County Sheriff’s Office (SCSO) Search and Rescue (SAR) Coordinator, Deputy Mike Burns, reported a missing person, Mr. Jason Cantrall, 46, of Crescent City, CA was found deceased by search personnel assigned to the operation. SAR team members from numerous jurisdictions were searching for Mr. Cantrall after he was reported missing by a companion on October 1, 2018 at about 4:43 p.m. According to his companion, Mr. Cantrall was last seen on September 30, 2018, at about 7:00 p.m., in the Beaver Creek area and United States Forest Service (USFS) Road 47N44, an area located near SR 96, about 39 miles northwest of Yreka.

Mr. Cantrall was the subject of a multi-agency search effort that was launched shortly after he was reported missing. A California Air National Guard helicopter crew observed the body from the air and when a rescue crew member (Para-Rescue Jumper or “PJ”) responded to render aid, it was discovered the man was deceased. Deputy Burns, conducting a ground search in the area other SAR members, responded to the scene and the body was positively identified as the missing man, Mr. Cantrall. Mr. Cantrall’s next-of-kin was notified shortly after he was positively identified.

Mr. Cantrall reportedly had a medical condition. He was hunting in the area in recent days with a female companion. After he was reported missing, his pick-up truck was found by deputies abandoned and unlocked, which prompted an extensive search of the remote area in vicinity of Beaver Creek. SAR team members included Siskiyou County (CA) SAR volunteers and a number of search personnel from Jackson, Josephine, and Klamath Counties in Oregon. Additionally, 15 to 20 family and friends of the missing man conducted searches in the area. SCSO was assisted by a fixed-wing aircraft coordinated through the Jackson County Sheriff’s Office. El Dorado, Butte, Del Norte, Humboldt, Marin, and Shasta County SAR personnel joined in the SAR effort. Bay Area Mountain Rescue and the California Rescue Dog Association (CARDA) assisted as well.

Several canine teams were deployed in the search effort. 30+ SAR personnel were deployed on-scene, including members of the California-Oregon Search and Rescue (CORSAR) organization, which frequently respond to cross-border search missions in Oregon and California as partners. The California Army National Guard also deployed a helicopter and crew to assist with the search effort but was later relieved by the California Air National Guard helicopter crew, both of which proved very effective searching the rugged, remote terrain. The California Highway Patrol also assisted with the deployment of a helicopter from their Northern Division in Redding. Additional support was received from the USFS, both law enforcement and resource personnel.

According to Sheriff Jon Lopey, “On behalf of the Siskiyou County Sheriff’s Office (SCSO) and all search and rescue personnel from the involved federal, state, and local agencies, I would like to offer my sincere condolences, thoughts, and prayers to Mr. Cantrall, his family, friends, and associates in the aftermath of his tragic death. Our search and rescue personnel, volunteers, and representatives from numerous jurisdictions worked very hard to rescue Mr. Cantrall. It’s always a sad and heartbreaking end when those we search for perish prior to rescue. The men and women involved worked tirelessly to save him, under very challenging weather, terrain, and environmental conditions. We are very grateful for the robust response from our county and many other federal, state, local, and private volunteers and first responders, including the California Air National Guard helicopter crew assigned to this important mission. An autopsy will be conducted next week to help us determine the cause and manner of death in this case. Although there were no signs of obvious injuries or foul play, this case is under investigation and final conclusions are pending the outcome of that investigation. Anyone with information about this case is urged to contact SCSO’s 24-hour Dispatch Center at (530) 841-2900.”