Photos by Ray Hamill/HumboldtSports.com – The Eureka Loggers defeated Fortuna 8-5 in a Big 5 game at Eureka on Wednesday.

The Eureka Loggers were able to overcome six errors with plenty of offense and some solid pitching on Wednesday, defeating Fortuna at home 8-5 and improving to 2-0 in the Big 5.

The Loggers struck early and held off a late rally by the visitors for their fifth straight win, with Ashley Pierce and Karyn Jensen leading the way.

Also in local softball action on Wednesday, Arcata returned to winning ways with a 6-0 win at Del Norte.

Senior shortstop Maria Morehouse, who is batting an impressive .441 at the plate this spring, made some spectacular plays on the defensive side of the ball to help secure the win.

The Tigers, who lost three games to McKinleyville last week, improved to 4-3 in the Big 5.

Pierce and Jensen stepped up at the plate and on the bases for Eureka, which had to overcome some sloppy defense.

Pitcher Alexa Morehouse also had a big day, holding the visitors to just two runs over the first five innings for the win, before fellow sophomore Salina Socha-Wright came in for the save.

“We had six errors on defense, which isn’t ideal, but luckily we know how to score runs and finish the game,” Eureka co-head coach Katelyn Graeser said.

The home team struck early, scoring four runs in the bottom of the second to take command of the game.

Morehouse struck out five, while allowing just one earned run and getting some big outs when her team needed them.

“She’s been able to hit the strike zone and doesn’t let runners on base phase her,” Graeser said. “She’s grown a lot.”

At the plate, designated player Pierce finished 2-for-3 with an RBI and two runs scored, “doing everything asked of her,” according to her coach, and pacing a dangerous Loggers offense along with Jensen and McKenna Beach.

Jensen also finished 2-for-3 with a double and three runs, and hit the ball hard.

“Karyn’s been tearing it up,” the head coach said. “She hit the ball really hard today.”

Beach finished 2-for-3 with two RBIs and a run scored, while Briana Day and Makaila Napoleon each had a hit and an RBI.

Raime Young and Briana Graham each also had an RBI.

With the win, the Loggers improved to 8-2 overall.

Fortuna, meanwhile, was led at the plate by Lorelei Martinez who finished 2-for-3 with two runs scored.

The Huskies rallied late, scoring five runs over the final four innings to pull within three, but it was as close as they would get after giving up an early six-run lead.

Still, they made life uncomfortable for the Loggers late in the game.

“We’re playing better,” Fortuna head coach Eric Helms said. “You see what we have to do if we’re going to have a say in the way our league plays out.”

Both teams are scheduled to play a doubleheader at Fortuna on Friday.

Junior Makayla Bernald pitched a two-hit shutout and senior Maria Morehouse backed her with some outstanding defense to lead the Tigers past the Warriors and back to winning ways.

“I wish I could have coached her four years,” first-year head coach Teresa Stavert said of Morehouse, a senior shortstop who is enjoying a stellar season offensively and defensively.

Morehouse also finished 2-for-3 with an RBI.

Bernald struck out 12 in a complete-game performance and continues to be one of the top pitchers in the Big 5 this season.

The junior standout also helped out at the plate, finishing 2-for-3 with a double and two runs scored.

“Makayla did it all today, but this was a true team win,” the head coach said.

Claire Monge also a huge day, competing in two track events to help the Tigers in a meet at Del Norte, before switching to softball and hitting a key two-RBI double in the fourth inning to break a 0-0 tie.

The big hit gave the Tigers some momentum, and turned out to be all Bernald and her defense needed.

“We came off some tough losses last week and it took us a while to believe in ourselves again,” Stavert said. 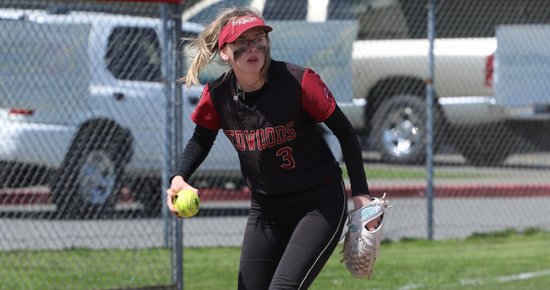 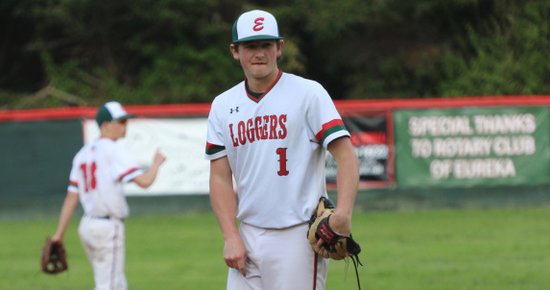