« H-DNL Continues to Share the Spoils in Track and Field

David Reed, One of the Two Employees Spared the Ax at KHSU, Resigns in Protest »

NCS Champs to Open 2019 Season on the Road

Ray Hamill/HumboldtSports.com – The Huskies will open the 2019 season at Cardinal Newman on a Thursday night.

Fortuna, which released the schedule this week, will kick off in Santa Rosa on a Thursday night (Aug. 22), and will also play early-season road games at Miramonte and Kelseyville.

The Huskies’ home opener will be a Friday 13th clash in the annual Milk Can showdown against Ferndale in September.

Fortuna follows that with a bye and the first of two matchups against Big 4 rivals Del Norte in week six, this one in Crescent City.

With four of their opening five games on the road, the Huskies will then play three home games in a four-week span, including their final pre-league games against Stellar Prep and Foothill.

Fortuna opens the Big 4 at conference champions Eureka on Oct. 18 and follows that with a second game against Del Norte a week later, this one a league affair in Fortuna.

The Huskies close out the regular season at St. Bernard’s in a rematch of the game of the year here on the North Coast in 2018, which the Crusaders won 56-54 in overtime.

The season finale should be one of the most anticipated games on the 2019 schedule, as the Huskies look to fare better in league play this fall after going winless in three Big 4 matchups in 2018.

The Huskies, however, quickly put those October losses behind them, going on a memorable and historic playoff run after that, and clinching a second straight NCS championship with an H-DNL record 10th consecutive playoff win. 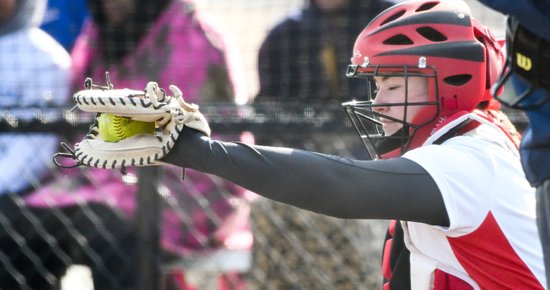 Christensen Blasts Her Way to Player of the Week Honors

H-DNL Continues to Share the Spoils in Track and Field