Prep2Prep Expecting Big Things From Will Omey — And Trevor Bell

Two Humboldt-Del Norte League quarterbacks have been singled out this week by Prep2Prep.com, including St. Bernard’s Will Omey.

In a feature breaking down some of the best quarterbacks in the Redwood Empire earlier this week, Prep2Prep senior editor Harold Abend included the SB signal caller, who is expected to have a big impact in his senior season.

The junior standout also ran the ball 233 times for 1,413 yards and 19 more TDs, leading the NCS in total offensive yards.

This season, Omey is expected to continue that, and he talks about how he has matured as a player in Abend’s feature.

“My football IQ has gone up since last year,” Omey told Prep2Prep. “I know the offense a lot better than last year and I’m more comfortable making decisions.”

Omey isn’t the only local quarterback to get a special mention from the prep sports website.

Eureka’s Trevor Bell was also listed as one of the top QBs in the Redwood Empire.

Bell, who was back-up to all-star Cruz Montana in 2018, impressed in limited action as a junior and is expected to continue that this season as he gets set for a much bigger role.

St. Bernard’s opens the season at El Molino on Friday August 23, while Eureka’s first game will be at home to Placer High on the same night. 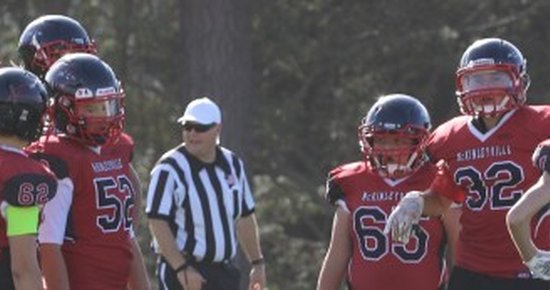