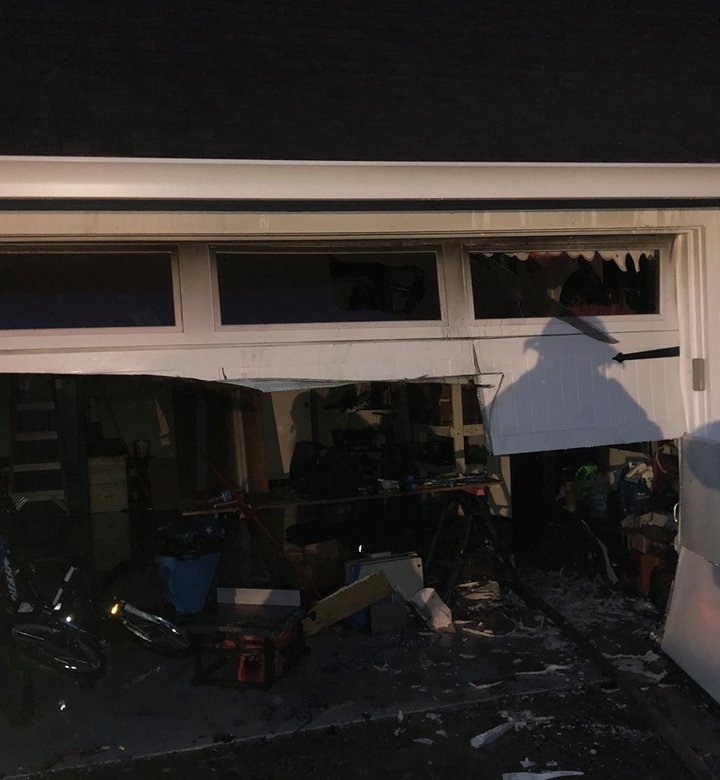 Arcata Fire District was dispatched to a residential structure fire at 8:10 PM Monday evening. One Battalion Chief and one engine responded from the McKinleyville Fire Station with two additional engines responding from Mad River and Arcata Stations.

When firefighters from the McKinleyville Station arrived, they found the family waiting in front of the house and reporting fire in the garage. Smoke was emitting from the garage and attic vents on the house.

As additional firefighters arrived, they were sent inside of the home to see if fire had spread to the attic. Firefighters found smoke in the attic, which was quickly removed. Battalion Chief Campbell reports, “The fire wall did what it was designed to do and prevented fire [from spreading] into the house. The homeowners also did a great job. They discovered the fire, got everyone out, immediately called 911, and waited in front of the house for firefighters to arrive. This allowed us to quickly focus on fire extinguishment and not rescue.”

Damage is estimated at $60,000. The fire started when a lithium battery that was being charged overheated and ignited.

Arcata Fire District would like to remind the community, one of the best things a person can do if they discover a fire is to isolate it by closing doors. This prevents the fire from growing rapidly because it needs oxygen to grow.