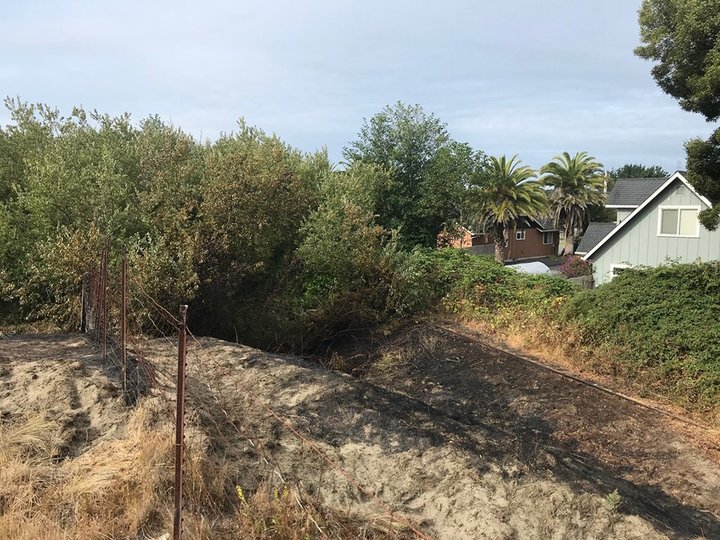 Photos of the scenes provided by the AFD.

The first fire incident occurred around 9:30 p.m. on Miller Road in Arcata. This was a grass fire approximately 50 feet by 50 feet in size. The fire was located near two residences, however it was not deemed an immediate threat since the fire was slow moving.

The second fire occurred around 11:30 p.m. in Manila near New Navy Base Road and was 25 feet by 30 feet in size. Both fires occurred along transient travel routes and are suspicious in nature.

Arcata Fire District believes both fires to be related and intentionally started by the same person(s).

Potential suspect is a White Male Adult, 6‘0”, 185 pounds, brown hair with pony tail, thin mustache and possibly has a goatee. Subject reported to be on a bike during the first fire.

We ask the public to remain vigilant and report any suspicious person(s) to the Humboldt County Sheriff’s Office.