« How Much Could PG&E’s Rates Rise? What You Need to Know

Furries, Fieris and fairs. That’s what Flavortown is all about, baby!

In maybe the greatest thing that’s ever happened to the Humboldt County Fair, Ferndale-raised celebrity chef Guy Fieri posed for photos with a group of his furry fans yesterday.

Reader Sammantha Melton told the LoCO that Fieri was approached by the furries — a large subculture of people who express themselves by wearing fuzzy animal costumes — near the racetrack where he was participating in the fair’s annual “Guy’s BBQ Competition.”

“He seemed super-stoked to take a group picture with them,” she said. “Everyone was loving the scene.” 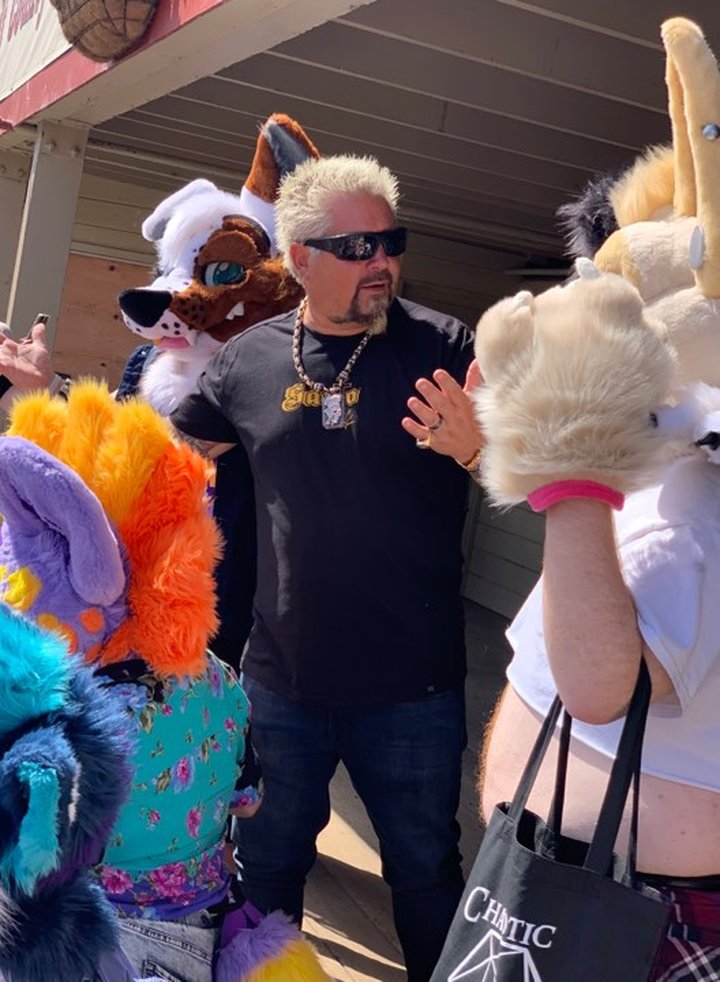