« Bass Explains Why She Switched Positions on the Wind Project; Wilson Calls the Whole Experience ‘Devastating’

Bell Relaxed and Ready Ahead of Big Bellator Fight »

Submitted photo – Malia Guilbert and friends at the letter signing ceremony on Monday.

Malia Guilbert has always been good at sports, she just didn’t know which sport in particular she had a real knack for.

Until a few weeks ago that is.

On Monday, Guilbert signed a letter of intent to row collegiately for Sac State after the school offered her a scholarship.

And the Eureka High senior admits it was not what she was expecting.

“It was completely out of the blue,” she said. “I have no experience rowing.”

The offer came about after Guilbert attended a rowing clinic at Sac State and immediately blew away the coaches.

Each fall, the Hornets reach out to high school athletes to see if any of them are interested in attending their clinic, and Guilbert’s high school coaches thought she fit the profile of the type of athlete they were looking for.

“I went down there and I tested pretty well,” Guilbert said. “And they offered me a scholarship.”

Ray Hamill/HumboldtSports.com – Malia Guilbert was named all-tourney at the Lincoln girls basketball tournament over the weekend.

The senior may be a novice in rowing but certainly not in sports, and has competed all four years of high school in both volleyball and basketball, as well as training in cross fit.

She has played varsity volleyball all four years at Eureka, but basketball, she admits, is her favorite sport.

Guilbert says she considered playing basketball in college, but wanted to attend Sac State to be close to family in the area and didn’t think she would get to play any sports at the Division-I level.

Until she tried her hand at rowing, that is.

According to the Sac State website, about two-thirds of their women rowers never competed in the sport before college.

For now, Guilbert says she has no idea what she will major in, and is focused on enjoying the basketball season, where the Loggers are expected to compete for a Big 5 title and more this winter and are currently ranked No 5 among Division-III schools in the NCS, according to Max Preps.

The Loggers, 8-2, placed second at the Lincoln tournament over the weekend, where Guilbert was named all-tourney and was the team’s highest scorer.

The senior standout admits she has a special fondness for the team.

“I just love my teammates,” she said, adding that the memories she has made with them on their road trips is what she’ll remember most from competing in high school sports.

“The last two years we went to San Francisco for a tournament and I had some of the best memories,” she said. “We had a lot of fun.”

She added that her mother is one of her biggest influences, as well as basketball coach Jesse Genaro and her cross fit trainer Lauren Fisher.

“Just trying to keep up with her has made me better,” she said of Fisher. 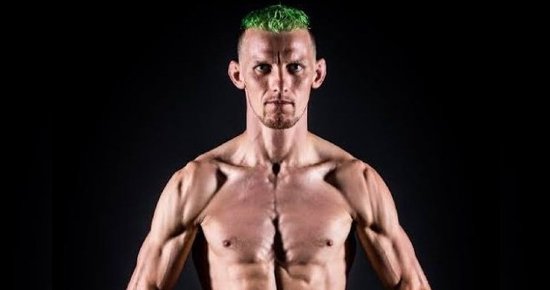 Bell Relaxed and Ready Ahead of Big Bellator Fight