« VIDEO — Panthers Hit a Buzzer Beater in Matchup With Windsor

The dream of a state championship in football remains alive and well for both Del Norte and St. Bernard’s.

On Friday night the two Big 4 rivals each won their NorCal Regional playoff game to advance to a state bowl next weekend.

And each will host here on the North Coast, giving both Humboldt County and Del Norte County a state bowl game for the first time ever.

Del Norte defeated King’s Academy 21-14 in Sunnyvale, while St. Bernard’s got the better of East Nicolaus in a high-scoring affair, 45-29.

Both games had wild starts, with a combined eight touchdowns scored in just 35 minutes.

Will Omey accounted for all six SB touchdowns, throwing for three — two to Demarte Prudhomme and one to Lane Thrap — and running in for three, all from close range.

The Crusaders will host a 6-AA state bowl game at the Redwood Bowl next Saturday night.

The Del Norte defense was outstanding once again, with both of the Knights’ TDs coming on short drives after turnovers deep in their own territory.

Levi Cox Cooley had a huge night running the ball for Del Norte, and scored on a nine-yard run early in the second quarter to give his team a 14-7 lead.

Earlier quarterback OJ Calleja gave the Warriors a 7-0 lead on a QB sneak from inches out.

The Warriors will host a 5-AA state bowl game in Crescent City, also next Saturday night.

More on both games and this historic night for H-DNL football to follow. 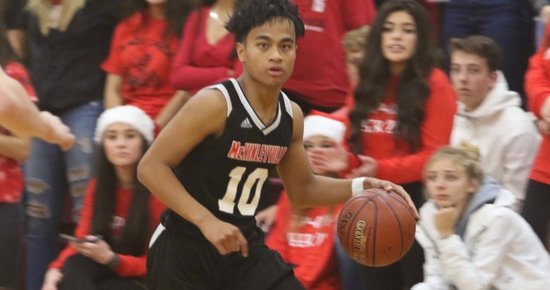 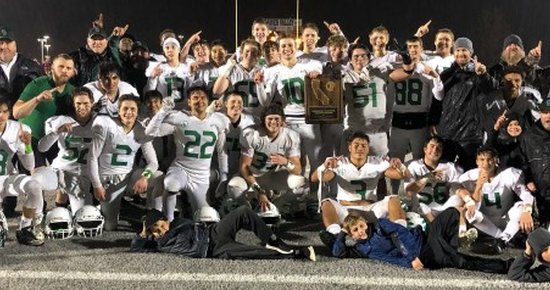 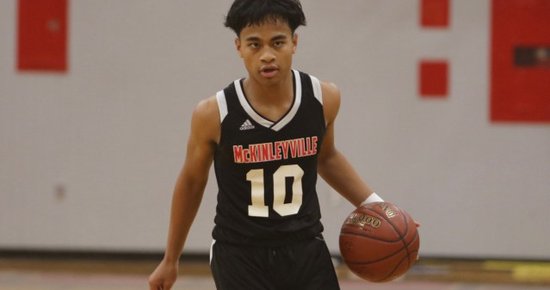