Hoopa Boys Hoping to Join H-Dnl Elite in the NorCals

The Hoopa Warriors have an ace up their sleeve for Monday’s North Coast Section rematch with Head-Royce.

Or two of them to be more precise.

The Division-V quarterfinal showdown in Oakland is a rematch of a game from earlier in the season, which the Jayhawks won 53-47.

That game, however, featured a depleted Warriors squad, with influential starters Wade Nixon and Sonny Jarnaghan both out injured at the time.

Each has long since returned to the lineup and their presence will present the home team with matchup problems they did not see the last time.

Even without them, the Warriors, in head coach Tyler Mitchell’s words, had their chances to win that game.

And that augurs well for Monday’s rematch.

The game between the No. 4 seeded Jayhawks and No. 5 Warriors was put back from Saturday until Monday evening because of earlier scheduling delays.

The Hoopa boys, who defeated Urban 64-61 in their NCS opener on Friday, will be attempting to become the fifth H-DNL team to qualify for a section semifinal and the NorCal tournament.

The Eureka, Del Norte and St. Bernard’s girls teams have already advanced, along with the Fortuna boys.

“They’ve got some good size and they’ve got one kid who’s a good shooter,” Mitchell said of the Jayhawks.

And to beat them, the Warriors will be looking to do what they do best, while continuing to focus on their defense.

“I think if we play with confidence and keep our composure, we’ll be fine,” he said. “And keep pushing, play solid defense and box out. We have to get stops.”

The Warriors will also need a solid team performance, as they got against Urban, with their opponents likely to key in on one particular superstar.

“Offensively they will key on George Navarro, so it’s important the other guys step up,” Mitchell said.

The game is scheduled for 7 p.m. 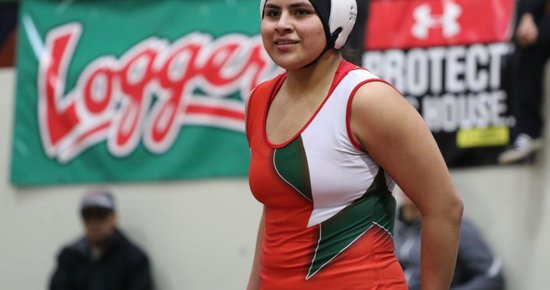