Photos by Ray Hamill/HumboldtSports.com – Eureka’s Keylei Carroll and her teammates will travel to play No. 1 seed Salesian in the Division-III playoffs on Wednesday night.

And then there were five.

A total of 14 Humboldt-Del Norte League teams qualified for this season’s North Coast Section basketball playoffs, but that number has been whittled down to just five heading into Wednesday’s semifinal round.

And not surprisingly, they are the highest seeds that are remaining.

Both the Del Norte and St. Bernard’s girls teams have barely broken a sweat thus far, while comfortably taking care of business through the opening two rounds, and securing a trip to next week’s NorCals in the process.

Likewise with the Fortuna boys, who blew past Fort Bragg in their opener, before dominating Big 5 rival Del Norte in Saturday’s NCS quarterfinal, their fourth in over the Warriors in four games this season.

All three of these teams have one thing in common. They have each raised the level of their game as the playoffs got under way, a sign of a championship contending team, which all are expected to be.

For all three, however, things are about to get a lot tougher, with only the elite teams remaining in each of the brackets.

Del Norte, perhaps will have the easier route to an NCS championship game in Division IV.

The No. 2 seed Warriors will host Lick-Wildmerding, after the No. 6 seeds upset the odds at No. 3 Marin Catholic over the weekend.

The Tigers will be the third team from San Francisco to make the trip all the way to Crescent City in eight days.

And they can expect a loud and hostile environment from a home crowd that has been getting behind the school’s girls team in this history making campaign.

The St. Bernard’s girls, meanwhile, are the top seeds in Division V and have been playing like it, comfortably dispatching of their first two opponents by a combined score of 122-47 with some suffocating defense.

The Crusaders are led by a trio of standout seniors, Maddie Costa, Jasa Sisemore and Emily Gardner, who are each closing out their high school careers in style.

The Crusaders have now won 16 of their past 18 games, with their only losses in that spell both coming against Eureka, a Division-III semifinalist.

That’s a pretty impressive stat for the 21-6 St. Bernard’s girls.

The Crusaders will host No. 4 University, a team they narrowly defeated in overtime by a score of 35-28 at the MLK Classic last month.

Kevin Noel and the Huskies will host Saint Mary’s on Wednesday night.

In boys action, the No 2 Fortuna Huskies will also host a third game in eight days for their enthusiastic home fans, with No. 3 Saint Mary’s coming to town.

The Huskies have looked unstoppable thus far in the playoffs, winning with some spectacular offense in their opener and following that with a huge defensive performance against Del Norte.

They are 28-1 and have won 15 straight, and if anything they appear to be playing as well as ever and with a veteran-like composure and confidence.

That composure will be tested against a quality Saint Mary’s team that is 24-6, and has won 12 of its last 13 games.

The top four seeds remain alive in the Division-IV boys bracket, with No. 1 Branson taking on No. 4 Piedmont in the other semifinal.

Also in action on Wednesday, the No. 4 Eureka girls will face a daunting challenge at No. 1 Salesian.

The Loggers, however, will go into the game with nothing to lose, having already secured a place in next week’s NorCals.

They’ll also carry some momentum into the clash, having comfortably defeated No. 5 Sir Francis Drake in the quarterfinal, and having moved up substantially in the MaxPrep state rankings in recent weeks, jumping all the way from No. 30 among D-III teams in late January to No. 13 this week.

The Warriors stayed down in the Bay Area after Monday’s inspirational win at Head-Royce in Oakland, in which they got the winning basket with just five seconds remaining.

The Warriors will now cross the bay to San Francisco, where they will play Stuart Hall at Kezar Pavilion.

Stuart Hall is not just the top seed in a loaded Division-V bracket, but has also been the top ranked team in the state for much of the season.

All five local teams still involved will move on to next week’s NorCal tournament. 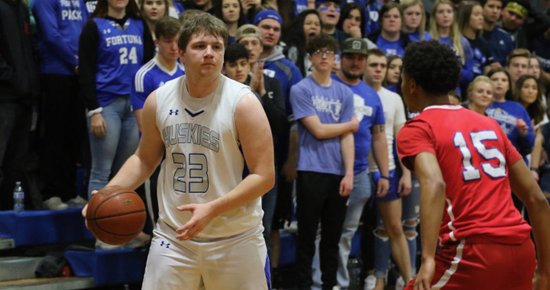 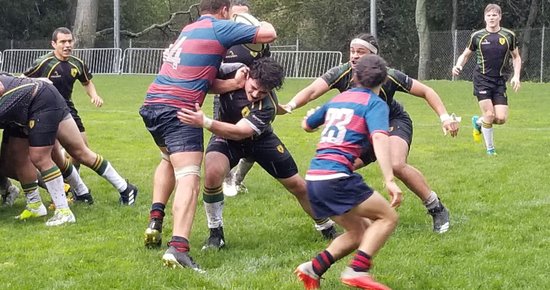 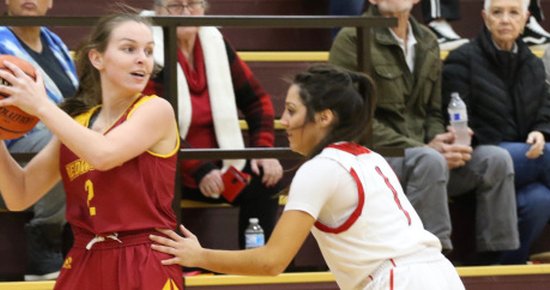 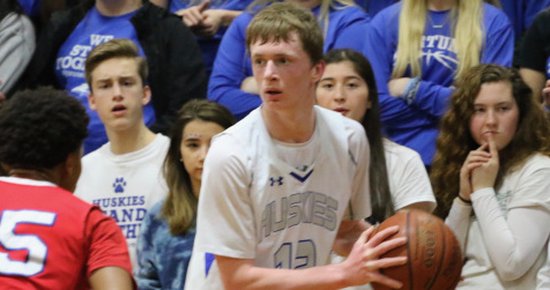 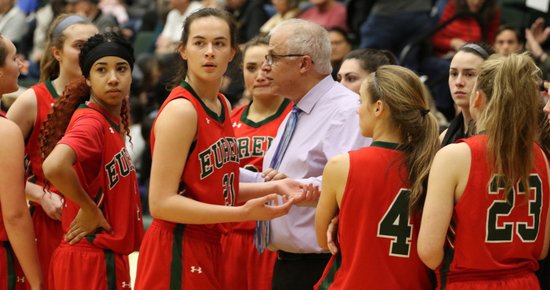