Blurry Arcata Burglars Part 2: This Guy in a Black Hat 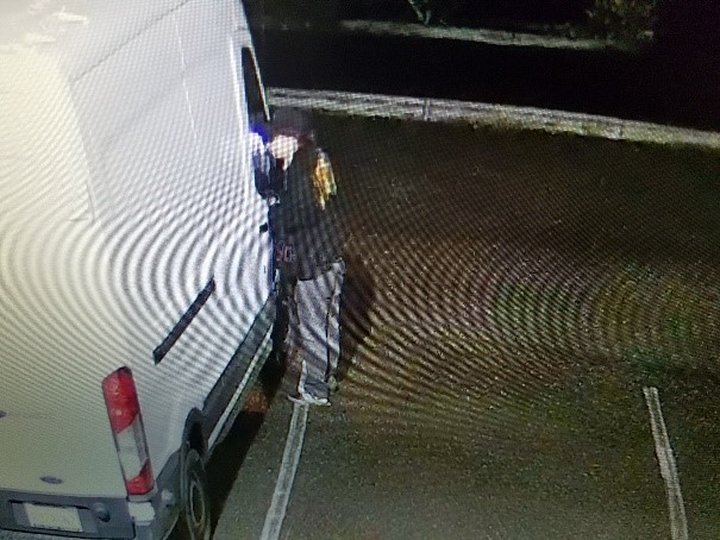 On February 2, 2019, during the early morning hours, two vehicle burglaries occurred in the 100 block of Ericson Court and one commercial burglary in the 5000 block of Ericson Way. Security cameras captured images of the suspect, a white male adult. He is further described as having a medium build and wearing a black ball cap, a black sweatshirt with a large yellow logo on the back and grey pants.