It was a frustrating night for the Hoopa Valley Warriors in more ways than one.

And it was a night that ended with a tribal elder being taken to hospital after ugly scenes marred the aftermath of the team’s 79-75 NorCal tournament loss at Pierce High in Arbuckle.

After a close matchup on the court, things got heated in the stands, with the Pierce High principal allegedly involved, and several police officers showing up at the gymnasium.

Hoopa head coach Tyler Mitchell, who was in the locker room with his players in the immediate aftermath of the game, said he didn’t see all of what transpired, but he described the scene as “chaotic” when he returned to the court.

Mitchell’s uncle, an 83-year-old tribal elder, was taken to hospital after being pushed to the ground.

There was no immediate word on his condition.

“These people should be ashamed of themselves for doing something like that,” Mitchell said. “It was completely out of line.”

Hoopa senior player Dennis Young confirmed to Humboldt Sports that the Pierce principal was involved in the post-game chaos, as has been reported on social media.

According to Young, the principal approached him and got in his face, and then began shouting at him unprovoked.

The ugly scenes came after an exciting game that went down to the wire, with the home team holding on for the win after a big second-half rally.

The Warriors led by as many as 16 in the third quarter.

For the third consecutive road playoff game, the foul count was extraordinarily lopsided against them, especially late in the game, with a count of 10-1 in the fourth quarter.

“I‘m fed up with it,” a clearly frustrated Mitchell said. “Any contact, they get to go to the line, and my guys get hacked and nothing. It gets old.”

George Navarro scored 24 points to lead the Warriors, closing out what has been a phenomenal season for the senior.

Wade Nixon added 17 points and Young 11, as the Hoopa boys finished the season with a record of 21-9, while making a trip to the NorCals for the first time in 15 years.

“I’m super proud of the boys and what they accomplished this season,” Mitchell said. 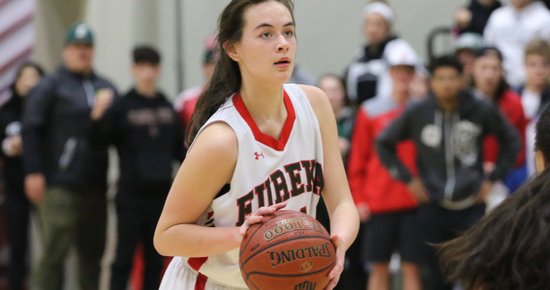 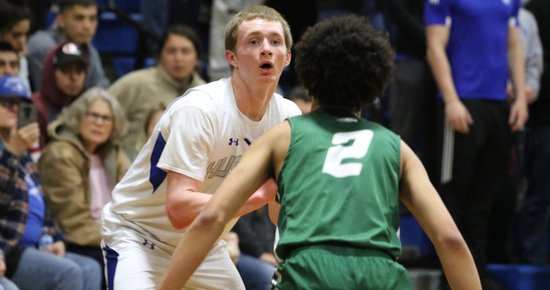