Hoopa Valley avenged an earlier loss at Eureka High, with a comfortable 86-64 win at home to the Loggers in boys basketball action on Saturday.

The high-scoring George Navarro finished with 35 points in the win, as the Warriors improved to  17-6.

“The energy from the start of the game was very good,” said Hoopa head coach Tyler Mitchell, whose team took control early and never trailed.

The Warriors led by nine after the first quarter and had stretched the advantage to 20 by halftime.

The visitors rallied somewhat in the third quarter, but the outcome never really appeared in doubt.

The win was the fourth straight for the Hoopa boys, and their seventh in eight games, with their only loss in that time coming at Eureka.

Navarro added five rebounds and a pair of steals, while teammate Wade Nixon finished with 20 points.

For Eureka, which dropped to 4-13, Miles Meynell scored a team-high 18 points, while Jaeden Thayer had 14 points and Zach Reed 13.

Overall, it was a disappointing performance from the Loggers, who came out flat.

“We weren’t ready for the challenge,” Eureka head coach Robbie Thompson said. “It was one of those things.”

The Warriors host Ferndale on Friday, while the Loggers will play at Arcata on Wednesday.

For more on Hoopa’s win and how the Warriors are shaping up for the playoffs, see Excitement building again for Warriors basketball …

After winning on the road at Archbishop Hanna on Saturday evening, the Crusaders will now try to do something that they haven’t managed all season — win a third straight game.

On Saturday, they made it two straight wins, and three in four, improving to 10-8.

The Crusaders led by 30 points late in the game, before the home team rallied in the final few minutes as the visitors went deep to their bench to give some players some valuable minutes.

“The boys worked really hard and I was very proud of them,” St. Bernard’s head coach Steve Thrap said.

The Crusaders resume Little 4 action at South Fork on Friday, seeking not just a third straight win but also a measure of revenge after the Cubs knocked them off at home earlier in the month. 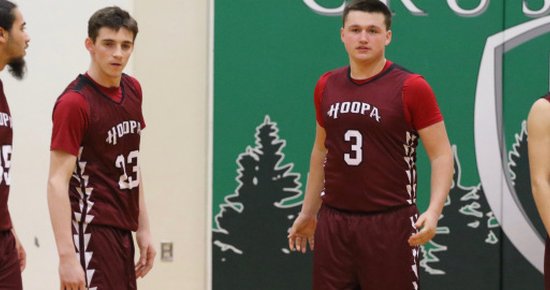 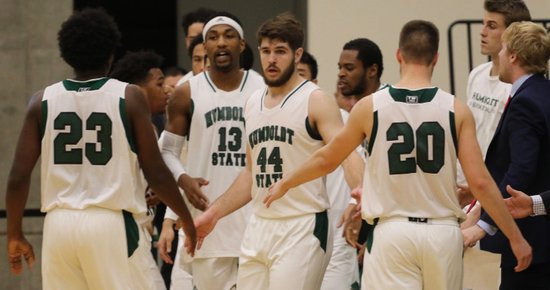 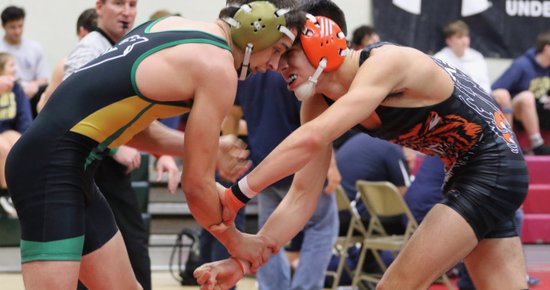