Prep Roundup — A Night of Overtime Excitement in the Big 5 »

Race for Niclai Heats Up, as Loggers Stun the Tigers

Photos by Ray Hamill/HumboldtSports.com – Eureka’s Zach Reed stepped up late in the game as the Loggers won at Arcata on Wednesday.

By Ray Hamill – The Loggers threw the race for third place in the Big 5 wide open with a stunning come-from-behind 54-42 overtime win at Arcata on Wednesday night.

The Loggers trailed by nine at halftime, but held the home team to just 14 points over the second half and overtime combined to pull out a pivotal win and end a three-game losing skid.

The win lifts Eureka to 2-4 in the Big 5 and into a tie with Arcata for third, with McKinleyville one win back at 1-4.

An excited Eureka head coach Robbie Thompson described it afterwards as a “really big” win for his team at a crucial stage of the season.

For a team that managed just one league win over the past four years combined, to be back in contention for a top-three finish and a place in this year’s Dick Niclai Memorial Tournament is a big step forward.

The Eureka bench looks on as Arcata’s Jaden Gorge makes a last-gasp free throw to try and tie the game.

Wednesday’s game was at-times a sloppy affair, with neither team able to find much rhythm offensively.

The third quarter, in particular, was frustrating, with just a 3-pointer for the home team the only score for either in the opening seven minutes.

A pair of late 3-pointers by Braden Glauch and Zach Reed, however, pulled the visitors within six points of Arcata and gave them some valuable momentum heading into the fourth.

They made that momentum count, outscoring the Tigers 10-2 to open the final period to take a two-point advantage.

The lead switched back and forth after that, with Arcata’s Jaden Gorge tying the game with 1.4 seconds remaining, nailing the second of two free-throw attempts after missing the first.

Loggers step up in OT

Overtime belonged to Eureka, and in particular Reed, who scored six of his team-high 15 points in the extra period, including draining all four free-throw attempts.

Reed was inspirational in leading his team to the win, scoring 12 points in the fourth quarter and overtime combined, and hitting all six free-throw attempts in that time.

Jayden Thayer added 12 points for the Loggers, who are now 3-3 in their past six games and finding some consistency at an opportune time.

And they achieved Wednesday’s win while shorthanded, with disciplinary issues and injuries limiting the game-day roster.

“At one point we had four guards and (center) Miles (Meynell) out there, and he was still pulling down rebounds,” Thompson said.

Second-half defense, coupled with some poor shooting from the home team, proved to be the difference.

“Being able to hold them to 14 points in the second half (and overtime) was huge,” Thompson said.

Asked if this win was a momentum builder for his team, Thompson was in no doubt.

“Definitely,” he said. “It’s been a while since we took down Arcata.”

The Tigers were missing head coach Dusty Scofield, who was suspended from the game after getting ejected against McKinleyville last week.

Hunter Santsche had a big game for the Tigers, finishing with 15 points and helping his team to the early advantage with 12 points in the first quarter alone.

Arcata’s Garrett Hall also had a big game, ensuring the game went to overtime with seven of his 12 points in the fourth.

Gorge added seven points for Arcata, which dropped to 8-13 overall.

The Loggers play at McKihnleyville on Friday, while Arcata plays at Del Norte. 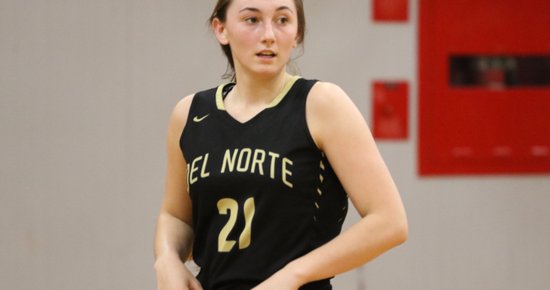 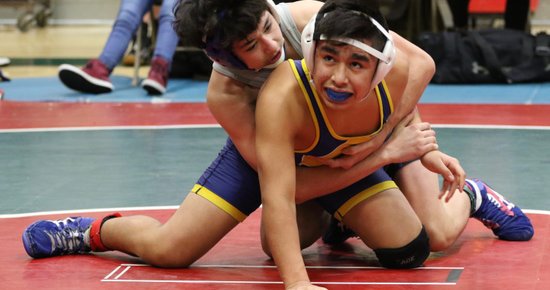 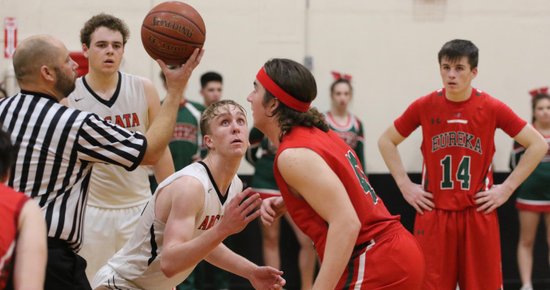 Prep Roundup — A Night of Overtime Excitement in the Big 5