Eagles 19U Hold on at Bomber Field »

The Humboldt Crabs returned to winning ways with a 13-0 victory over the San Leandro Ports at the Arcata Ball Park on Wednesday night.

After dropping two straight, including a 5-3 loss to the Ports on Tuesday, the Crabs left little doubt this time around, blowing open a scoreless game with seven runs in the bottom of the fifth inning.

Pitchers Josh Mollerus and Ryan Cowdrey combined for the shutout, with Mollerus tossing seven innings for the win, allowing four hits and striking out nine.

At the plate, Ryan Higgins and Dawson Bacho each hit a home run to key the offensive onslaught.

Bacho added a double and was 3-for-5, while Kokko Figueiredo was 3-for-3 with two walks.

The Crabs, who improved to 18-13, will open a three-game series against the Ukiah Hawks at the Arcata Ball Park on Friday night. 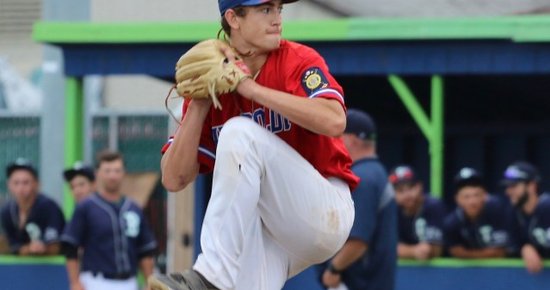 Eagles 19U Hold on at Bomber Field