Damian Henderson hit a walk-off three-run home run to cap a big comeback on what was a big day for the Humboldt Crabs at the Arcata Ball Park on Saturday.

Henderson’s home run, his ninth of the season, gave the Crabs an 11-10 win over the PUF Caps, after they had trailed by four heading into the bottom the of the ninth.

The win was the fourth straight for the Crabs, who are celebrating alumni weekend and introduced the newest hall of fame class before the game.

The team also treated fans to a fireworks display afterwards.

There were plenty of fireworks late in the game as well, with the visitors breaking open a tight game with four runs in the top of the sixth.

The Crabs found themselves trailing 8-3 heading into the bottom of the eighth, but scored eight runs over the final two innings to pull out the dramatic win.

Vinny Bologna and Kokko Figueiredo led the way at the plate, finishing with three hits each, including a double each, while Henderson also had a double.

Ryan Rodriquez got the win in relief.

The Crabs are now 17-11, and will close out a three-game weekend stand against the Caps and go for the sweep on Sunday at 12:30 p.m 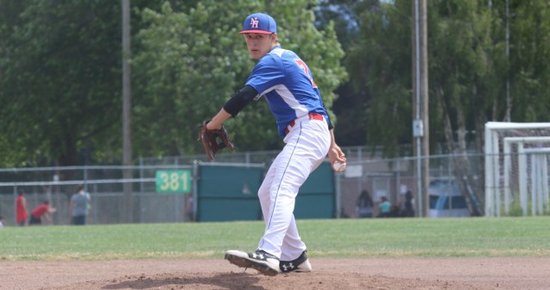 Eagles 17U Move Within One Win of District Title