Photos by Ray Hamill/HumboldtSports.com – The Arcata girls dominated the long distance races at College of the Redwoods on Wednesday.

The McKinleyville boys edged Del Norte by just three points to take the team competition at the first Humboldt-Del Norte League track and field meet of the season at College of the Redwoods on Wednesday.

The Panthers clinched the win with 133 points, with the Warriors scoring 130 and Fortuna not too far behind in third with 118.

Fortuna had better luck in the girls competition, scoring 182 points and beating out Arcata (168.5) for the team win, with Del Norte (121) rounding out the top three.

The McKinleyville boys had several impressive marks at the early-season meet, displaying their team depth.

The ever-consistent Vera notched a second win in the 3,200m (10:22.75), with Wood second and Arcata’s Miles Johnson in third, the latter setting a PR.

Ryan Dolan of McKinleyville was second to Lien in the 200m, with Del Norte’s Vova Sherman in third.

Eureka’s Dimitri Stefanakis was second to Lien in the 400m, with Del Norte’s Emmanuel Nunez in third.

Both of Witte’s marks were PRs.

McKinleyville’s Isaac Ward was third in both hurdle events.

In the boys 100 meters, Fortuna’s Connor Shaw was first home in a time of 11.92, edging out McKinleyville’s Stephen Watrous and Hoopa Valley’s William Reynolds.

In the 800m, Eureka’s Ian Bennett (2:06.56) edged out the Fortuna duo of Collin Stockwell and Agustin Garcinuno, while the Del Norte foursome of Nunez, Sherman, Bryce Howard and Sam Cowan was first in the 4×100 relay.

The 4×400 was won by Fortuna’s Garcinuno, Stockwell, Tai Bolden and Draven Boyd, while Del Norte’s Luke King continued to dominate in the shot put with a throw of 43-04, comfortably taking first by more than six feet ahead of teammate Scott Peters and St. Bernard’s Isaac Beach, who each set PRs.

Del Norte also had success in the discus, with Timmy Thompson placing first with a throw of 114-09.50, while teammate Ethan Price and St. Bernard’s Bowdy Dunn each recorded a PR in second and third, respectively.

The talented Price fared better in the high jump, taking first with a height of 5-08, with Arcata’s Jasen McGoldrick in second and Fortuna’s Nathan Arrasmith in third.

Fortuna’s Bo Cox took first in the pole vault with a jump of 8-06, a season best, with Del Norte’s Ginu Thao in second.

Eureka took the top two spots in the long jump, with junior Kai Gallegos setting a PR with a jump of 18-07.75 for first, followed by Hunter Ethridge.

Fortuna’s Bolden also had a PR in third.

McGoldrick took first in the triple jump (38-05.50), ahead of Arrasmith and Price.

Fortuna’s Katie Hurst continued to set the standard with three wins in the three jumping events.

Fortuna took the top three spots in the triple jump, led by Hurst, who had a season-best mark of 33-11.25.

Camrin Dolcini was second with a PR of 30-08.00, with junior Kenzie Hall in third.

Hurst also jumped a 5-05 to take first in the high jump, ahead of Arcata’s Liberty Kujawa-Seda in second and McKinleyville’s Cameron Heenan in third, the latter setting a PR.

Dolcini also finished second in the pole vault with a jump of nine feet, trailing Del Norte’s Katherine Martinez who jumped a 9-06 for first, with Fortuna’s Saige Grundman in third.

In the discus, Fortuna’s Kate Carrol was first with a toss of 96.05, with the Del Norte duo of Caroline Hamm and Amy West rounding out the top three, the latter setting a PR.

Fortuna took the top two spots in the shot put, with Kelli Ford (28-09.00) in first and Carrol in second, ahead of Del Norte sophomore Emily Feeney in third.

The Arcata Tigers showcased their depth in the 4×400, taking the top two spots, with the team of Anneli Macdonald, Emma Fechner, Riley Martel-Phillips and Kayla Jay in first.

The Del Norte team of Martinez, Alyssa McCovey, Taylor and Tianna Thompson edged out the Eureka Loggers to win the 4×100.

Fortuna freshman Kalia Yang announced her presence in style, with first places in both the 100 and 200 meters, setting personal bests in both events.

Yang timed a 13.33 in the 100m, edging out Eureka’s Tiana Rodgers and Arcata’s Jay, and finished the 200m in a time of 27.94, beating out Del Norte’s Thompson and Eureka’s Olivia Stone, the latter setting a PR.

Fortuna’s Lexy Roberts was first home in the 400m in a time of 1:04.79, ahead of Arcata’s Fechner and Eureka’s Stone, who set a second PR in the event.

In the 800m, Arcata Thea Norlund set a PR on her way to a first place in a time of 2:20.74, ahead of teammates Martel-Phillips and Mathilde Macdonald, each of whom also set a PR.

The Tigers took the top six spots in the 1,600m, paced by Martel-Phillips who won in a time of 5:32.02, with Anneli Macdonald and Michaela Macdonald rounding out the top three.

Mathilde Macdonald was first in a time of 12:34.32, a PR, followed by Michaela Macdonald, Claire Monge and Vivian Gerstein, the latter also setting a PR.

McKinleyville’s Hadlie Ward had a good day in the girls hurdles events, placing first in the 100m event in a time of 18.33, with Fortuna’s Samantha Bennett in second and McKinleyville’s Mackenzie Bray in third, the latter two both PRs.

In the 300m hurdles, Del Norte’s Martinez was first (51.15), followed by Ward and Bray, the latter setting her second PR of the day. 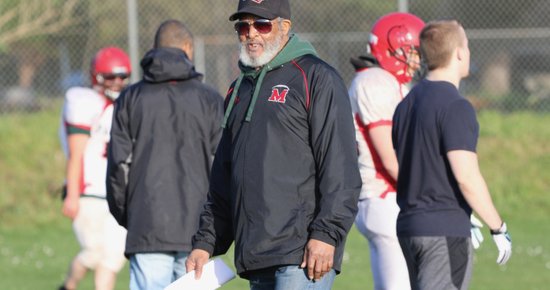 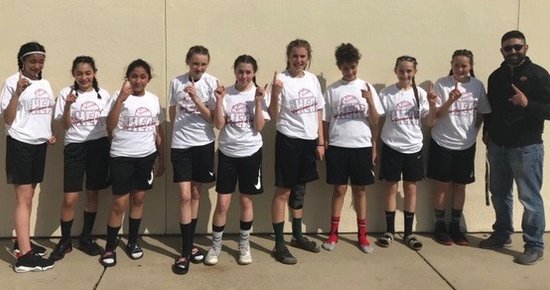