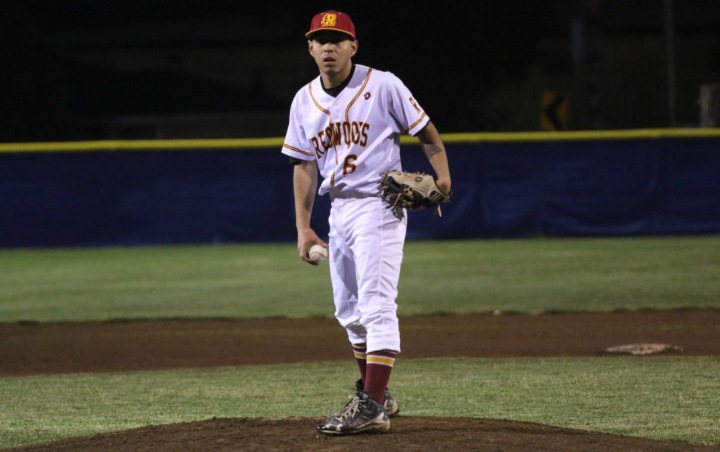 A disappointing season for College of the Redwoods in baseball wasn’t without its good points, with two players honored as all-conference this past weekend.

Team MVP James Garcia was named to the All-Golden Valley Conference First Team as an outfielder, while pitcher Luis Pimentel was given an Honorable Mention.

Garcia was without doubt the team leader, hitting a team-high .321 at the plate while also pitching three of the team’s six wins.

“He was a key part of the team, on both sides of the ball,” CR head coach Brad Morgan said. “He was our leading hitter and he was definitely our toughest out.”

In the outfield, Garcia improved substantially from a defensive standpoint.

“Defensively, he turned it around,” Morgan said. “He kind of struggled early in the year, but he really played well for us after that.”

It was the second straight year the sophomore from Lake Elsinore was named all-conference, and Morgan says he is looking into a number of Division-I and Division-II schools to continue his education and playing career.

Pimentel, meanwhile, was the team’s go-to pitcher for much of the spring.

“He was our workhorse,” Morgan said of the former Eureka Logger. “I believe he didn’t miss a start all season.”

Pimentel pitched a team-high 78.1 innings, more than 30 innings more than the next best on the team, Garrett Poblick, who tossed 47.1 innings.

“He kept us in games,” Morgan said. “He did his job, especially with the minimal run support we gave him throughout the whole season.”

A number of other players also had good seasons for the Corsairs, including catcher Kyle Wallace-Cabanas, who Morgan feels got overlooked for an all-conference honor.

“He was the second leading hitting catcher in the conference,” the coach said of the Fremont native.

Angelo Flores also enjoyed a productive season with the team, especially considering it had been a few years since he last played.

Flores came to CR to play football, and then won a state championship in the javelin last spring.

He had an immediate impact in baseball after joining the team this spring, and came into the final weekend of the season batting .300.

“What’s crazy about this team is there were some pretty good stories in there,” Morgan said.

Another local product, Logan Thrap, enjoyed a big comeback season with the baseball team and is a player who drew special praise from his coach.

The former St. Bernard’s standout has battled injuries since graduating high school in 2015 and had to undergo Tommy John surgery.

He was back this spring and had a big impact in limited action, pitching just 10 innings but leading the team in ERA (1.80) and saves (two).

Charles Morgan was also enjoying a big season before a concussion ended his season early.

Morgan, who hit .292, was the team’s second leading hitter at the time and missed the last month of the season.

“That hurt us,” Morgan said. 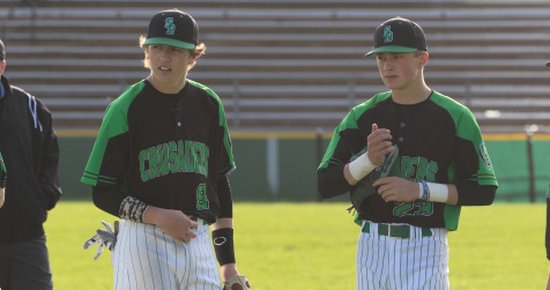