« (PHOTO) Ooo! Look at This Demolition and Imagine Biting Into That First Double-Double

Eureka High School recently held its annual Logger Olympics, pitting athletes from different sports against each other in a series of fun and different team events.

The big winners on the day were the Tie Dye Loggers, pictured above, who took the team title for the second straight year, while The Lifesavers received the most spirited team award, and the Big Dawgz the most spirited award.

Napoleon, who will play college basketball at Oregon Tech next year, got her award for her efforts in the 3-point shootout, while Bell came up with a big save in the soccer shootout for his award.

Trevor Bell and Makaila Napoleon with their Play of the Day awards. 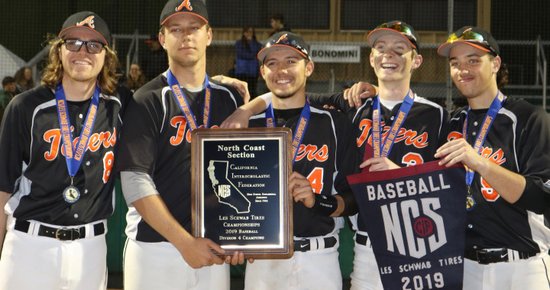 Tigers Step Up on Biggest Stage of All