Tigers Step Up on Biggest Stage of All

This time there was no way back for the McKinleyville Panthers.

This time there was no way past Merick Sears.

The Arcata junior was outstanding on Wednesday night, pitching a complete-game shutout to lead the Tigers to a 3-0 win over their closest rivals in the North Coast Section Division-IV baseball championship game at the Arcata Ball Park.

The win gives Arcata a second NCS title in just four years — and the program’s second all-time — and came against an opponent that had won three straight matchups against the Tigers on the way to the Big 5 championship and the No. 1 seed for the section playoffs.

The Tigers, however, stepped up on the biggest stage of all, denying their rivals a first section crown since 2006.

The championship is also the second for seniors Jaden Gorge and Brian Ford, each of whom were on the 2016 section winning team.

In a matchup of two of the area’s top pitchers, Arcata’s Sears and McKinleyville’s Cameron Saso, it was Sears who got the better of exchanges, although once again there was little between the two.

Sears gave up just four hits in the shutout win, while striking out seven. He allowed just one base runner reach scoring position over the final six innings.

“I thought Sears commanded his fastball inside and out, and he just pitched a great game,” Ghisetti said. “And when we called the curve ball, he was pretty much spot on with his curve ball.”

The Tigers got just four hits themselves, but made them count, breaking open the game with all three of their runs coming in the top of the second inning.

Alex Gorge, Mason Trapkus and Ford were all walked to load the bases for the Tigers with one out, before a Damien Shelton bunt single drove in the opening run.

Back-to-back RBI singles by Vincent Agliolo and Xavier Finegan then made it 3-0, but that was the last of the scoring for the game, with the Tigers held hitless the remainder of the way.

With Sears in command, however, it was all they needed.

Saso led the Panthers at the plate with a pair of hits, while Dustin Ireland and Kyler Carr each had a hit in the sixth to give their team two runners on with one out. But the opportunity was wasted when the latter was picked off at first base moments later.

Saso, who looked solid after giving up the second inning walks, was forced from the mound in the top of the fifth with some apparent back problems, although he remained in the game at shortstop.

Sophomore Corbin Eichin came in to relieve the starter and retired nine straight batters with an outstanding performance on the big stage.

The two McKinleyville pitchers, in fact, retired the final 15 Arcata batters in order.

Unfortunately for the Panthers, however, their bats were never able to get going against the Arcata ace, and the resiliency that has seen them pull out so many close games this season on the way to the Big 5 title and the section championship game failed to materialize this time around.

Agliolo had two early hits for the Tigers, who close out the season with a record of 23-6, identical to their previous section championship season.

“It must be my magic number,” said Ghisetti.

In a highly-anticipated showdown between the two Northern Humboldt rivals, there was a full house at the Arcata Ball Park.

The NCS win is the fifth all-time for the Big 5, with McKinleyville leading the way with three championships.

McKinleyville closes out a memorable year with a record of 22-4, the fewest losses in a single season by any Big 5 team in the past 15 years.

Arcata closes out as NCS champions. 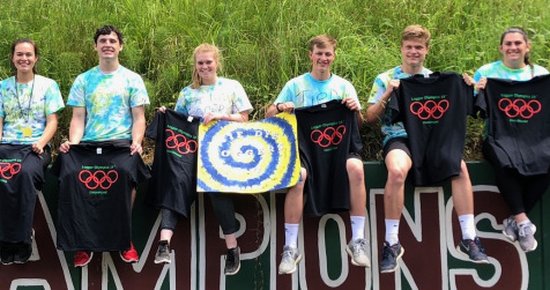