Prep Softball — Big 5 Teams Pull Away in the Opening Round »

The Big 5 had the better of exchanges on the opening day of the Charles Lakin H-DNL Tournament at the Arcata Ball Park on Tuesday, with Arcata and Eureka each defeating Little 4 opposition to advance to the semifinal round on Thursday.

The Tigers got the action under way with a comfortable 14-1 win over South Fork in the opener, behind some solid pitching from junior Asher Meadows.

Eureka then capped the day’s play with a 3-0 win over Ferndale in a quick game that lasted less than 80 minutes.

Meadows pitched a complete game and held the Cubs bats to just two hits for the day, while getting plenty of support from an offense that racked up 14 hits.

“I thought we did some things and put them in situations that we were able to take advantage of,” Arcata head coach Troy Ghisetti said. “And I thought we played good defense and Meadows kept us in the game.”

The junior pitcher struck out five.

At the plate, Mason Trapkus and Alex Gorge each finished with three hits to lead the way, including a pair of doubles by Trapkus.

South Fork’s Orin Paula makes a play in front of the Arcata bench.

Xavier Finegan, Mason Nichols and Vincent Agliolo each also had two hits in the win, including a double by Nichols.

It was a good showing at the plate for a team that has struggled to hit consistently, and the head coach is hoping that’s a sign of things to come at a crucial time of the season.

“We got some hits, but I think we’ve got to swing the bat a little bit better,” Ghisetti said.

Damien Shelton and Jaden Gorge each also had a hit in the win.

CJ Van Meter took the loss on the mound for the Cubs, who will now turn their attention toward next week’s North Coast Section playoffs and defending their Division-VI title.

Van Meter also had one of his team’s two hits, while Graham McConnell had the other, a double.

The Tigers advance to play McKinleyville in Thursday’s semifinal, with NCS playoff positioning on the line in addition to a place in Friday’s championship game.

David Vagle got the better of Landon Gomes in a battle of two of the H-DNL’s top pitchers in one of the quickest games of the year here on the North Coast.

At the plate, Vagle also had a base hit and one of his team’s RBIs, while Drew Nylander had a double and an RBI.

Ferndale pushed the Big 5 powerhouse all the way.

“I thought we compete well,” Ferndale head coach Justin Andersen said. “We let too many good strikes go by, but hat’s off to Vagle, he threw well.”

Jackson Giacone and Brady Munson each also had a hit for the Loggers, who improved to 14-6.

For Ferndale, Gomes, Shaun Leonardo, Garrett Christiansen and Nico Alejandre each had a hit.

The Wildcats, who dropped to 10-11, will now turn their attention toward next week’s NCS.

“We have all the tools we need to go deep, it’s just a matter of carrying it out and playing the way we can,” Andersen said. 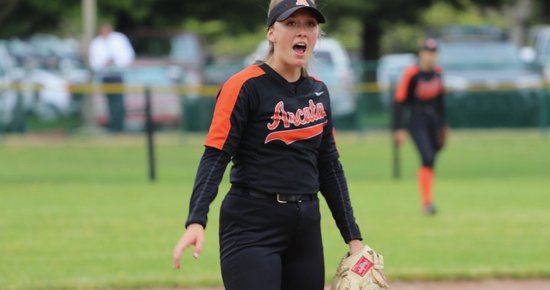 Prep Softball — Big 5 Teams Pull Away in the Opening Round