St. Bernard’s beat Middletown 35-7, while Ferndale got the better of Willits 35-7.

Both H-DNL teams quickly took control of their games and each led 21-0 at halftime.

For the Wildcats, who are the No. 2 seeds in Division 7, Lane Branstetter gave them an early lead on a three-yard TD run, before Landon Gomes found tight end Tristen Martin wide open in the end zone for a 10-yard scoring pass.

Gomes made it a three-TD lead late in the second quarter on an 11-yard scoring run and the home team never looked back.

The win sets up a championship showdown next week against No. 1 seed Salesian.

In Division 6, meanwhile, the No. 2 Crusaders dominated a very good No. 3 Middletown team with one of their best performances in some time.

“That was the most complete performance we put together since the 2015 state championship,” St. Bernard’s head coach Matt Tomlin said.

Quarterback Will Omey ran in for two TDs in the win and threw for two more, as the Crusaders scored on their opening drive and never really allowed the visiting Mustangs to get comfortable.

Justin Hagler added two TDs, one on a defensive interception he took 55 yards to the end zone and one on a 42-yard reception from Omey.

Omey also completed a 60-yard scoring pass on a slant to Demarte Prudhomme.

The Crusaders will now play No. 1 seed Kennedy for the NCS championship next weekend.

Lots more to come on both games … 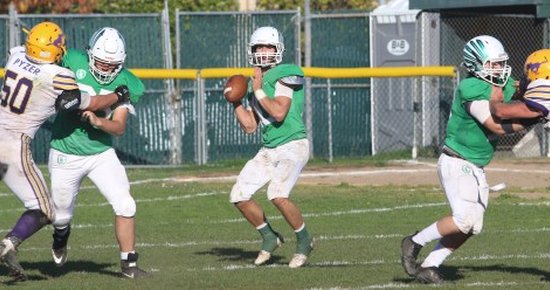 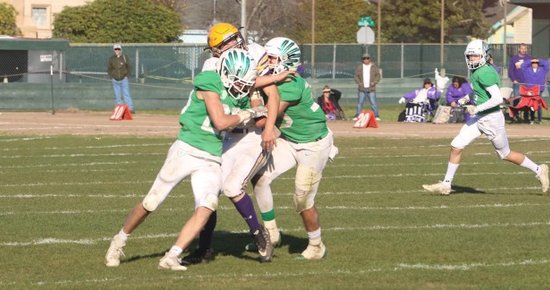 Double-Double for Guilbert, but Eureka Girls Fall to Pinole Valley