The highly acclaimed 1985 girls had an overall record of 28-1 with an average margin of victory of 22.6 points per game.

Guided by hall of fame coach Pat Patton, the Panthers were undefeated (12-0) in the Big 5 and would go on to reach the NorCal championship game.

Along the way, they defeated Liberty 55-43 to capture the North Coast Section 2A title at the Oakland Coliseum.

The Mack girls also defeated Mills 71-55 in the NorCal playoffs, before eventually falling to Pleasant Valley by just one point (46-45) in the final four of state play for their division.

Leading the way on that year’s team were all-league selections Suzanne Murphy and Cindy Semore, as well as Big 5 MVP Trina McCartney.

Weaver, meanwhile, graduated in 1999 after participating in three sports, soccer, basketball and track and field.

In addition to three years with both the varsity soccer and basketball teams, where he was all-league in both sports, he will be remembered as the greatest high jumper in McKinleyville school history.

He won the H-DNL in the event in all four years at the school, as well winning the NCS in both events in his junior and senior years.

After placing seventh in state as a junior, Weaver closed out his high school career with a school and league record jump of 6-foot, 10 inches to place second in state as a senior.

Weaver would go on to compete for two years at UC Santa Barbara, where he ranks sixth all-time in the high jump with a jump of 7-0, and then transferred to UCLA where he set the school record with a jump of 7-0.75 in 2002, a record that stood until 2009.

Bunch, meanwhile, graduated in 2007 and was a two-sport standout, competing in volleyball and basketball.

She helped the Panthers to 20-win seasons in each of her three years playing varsity volleyball.

A powerful outside hitter, Bunch was an all-league selection in both the 2005 and 2006 seasons.

She also played varsity basketball for all four years at Mack, earning three all-league awards and an honorable mention.

Known for her clutch shooting, Bunch averaged double-figures in scoring and helped the Panthers to three Big 5 titles and three Dick Niclai championships.

She capped off an impressive career by helping the Panthers reach the NCS semifinals as a senior, the school’s deepest playoff run in 10 years.

The inductees will be honored at the hall of fame reception on Thursday at 7 p.m. in the school’s multi-purpose room.

In addition, the inductees will serve as the Grand Marshals for the homecoming parade on Friday at noon and will be introduced prior to the start of the football game at 6:15 p.m.

McKinleyville hosts Hoopa in the homecoming football game at the Redwood Bowl. 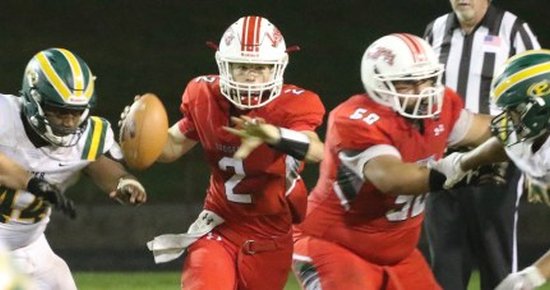 Bell a Game-Day Decision as Loggers Prepare for Homecoming