It should be a fun season for College of the Redwoods men’s basketball, and one that the local sports community has been anticipating for some time.

The question this week, however, is whether they can tip off on Thursday as scheduled, with the impending power outage expected to affect the Corsairs’ travel plans.

“There are so many logistical problems right now,” first-year head coach Ryan Bisio said early Tuesday afternoon. “We’re trying to figure out how we can get to San Jose if we can’t get gas along the way.”

The Corsairs feature a loaded freshmen class of H-DNL all-stars who collectively opted to stay local for college and join Bisio’s revolution of sorts, and are scheduled to open against the host school at the San Jose Tip Off at 1 p.m. on Halloween.

They’re also scheduled to play Foothill to close out the two-day tournament on Friday at 3 p.m.

And after several weeks on the practice floor together, the players are eager for some real game time.

“I just love our mood and our attitude right now,” Bisio said. “Whether or not we actually get to play this weekend I don’t know, but I know for sure we’re ready to play against someone else other than ourselves.

“These guys just want to go play and they’re going to compete with a lot of heart.”

With so many new faces and a ton of competition for playing time, Bisio expects all 14 players on the roster to see plenty of action this side of Christmas, and the roster should be deep all winter.

“I’d say we’re not going to have a solid starting lineup until (late) December,” the head coach said. “We want to look at different combinations. A lot of guys are going to play a lot early in the season.”

There are a number of standouts to look at, including four Big 5 MVPs.

In addition to the four returning players — Donald Snowton, Jose Macaraeg, Blake Rossman and EJ Jackson — the Corsairs feature a recruiting class of freshmen to rival any in their history.

The Fortuna foursome of Drew Gillette, Zac Claus and brothers Bradley and Donald Willis all bring their talents to the team after a memorable few years with the Huskies.

Also joining the program this year is the McKinleyville all-star duo of Anthony Stubbs and Isaac Puzz, while Arcata’s Thomas Nelson is back with the team after redshirting last year.

Puzz has been among the most impressive of the newcomers this preseason and should see plenty of game time this weekend, if they get to play.

“Isaac Puzz has had about a two- or three-week run of just incredible practice,” Bisio said. “I’m so impressed with his consistency.”

Jackson, Gillette, Nelson, Stubbs and the Willis brothers have each also impressed at various stages of the preseason.

Despite the overwhelming enthusiasm for this year’s team, there are concerns coming into the new season.

“We have deep concerns over our size, and some potential rebounding liabilities,” Bisio admitted.

Conversely, the Corsairs will be quick and are expected to shoot the lights out, and will be hoping to use that to their advantage against bigger teams.

Their quickness and high basketball IQ will help.

“I like how we have the ability to manufacture really high quality looks early in the shot clock, and I think that’s going to keep our turnovers down,” the head coach said. “We have a very healthy consensus of what a good shot is. We have smart players, and guys who pride themselves on being smart players.”

The collective attitude of this year’s team has been everything the coach could have hoped for through the preseason, and he’s hoping the players can carry that into the season.

Kenny Hodges, Zach Reed and OcTavion Williams round out the roster, with Williams expected to be sidelined for a few weeks through injury. 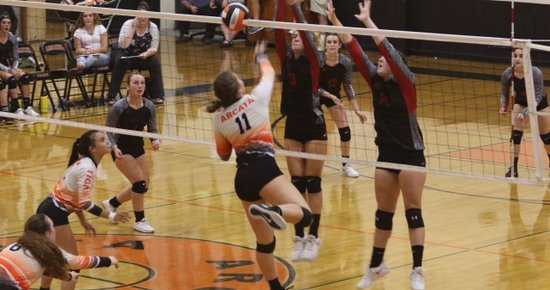