« HSU gets $300,000 for its Nursing Program from the Humboldt Area Foundation. 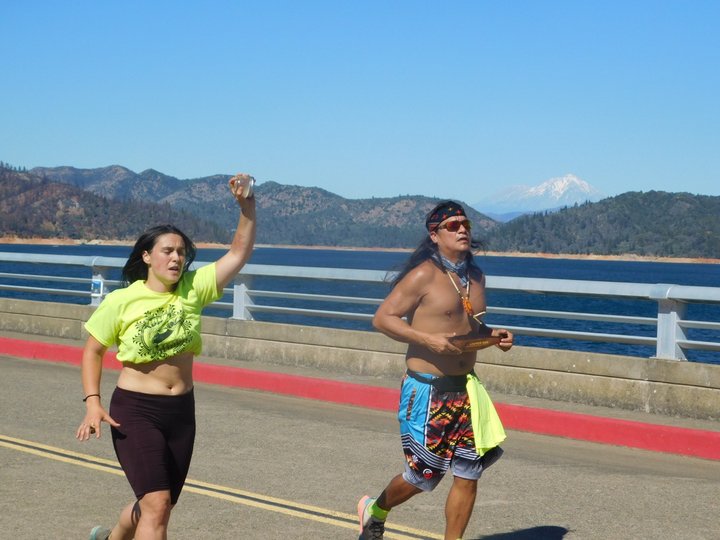 This Wednesday runners from the Run4Salmon on the Sacramento River watersheds and runners from the Klamath River Salmon run joined together to run together on the first ever Trinity Connection run for the Winnemem Wintu Tribe’s Run Salmon. The runners followed the route of the Trinity River diversion from the Lewiston Dam, down the Clear Creek watershed, then met the Run4Salmon at the Shasta Dam for a No Dam Raise rally.

“This run was a statement on bringing the salmon people together and on bringing the salmon back to where the need to be,” stated Yurok Tribal member Richard Myers. “We ran from one nation to the other as salmon are a common denominator for Indian people. It needs to be recognized that we are connected through the  waters of life, which provide for the people. This run was a way of doing this.” 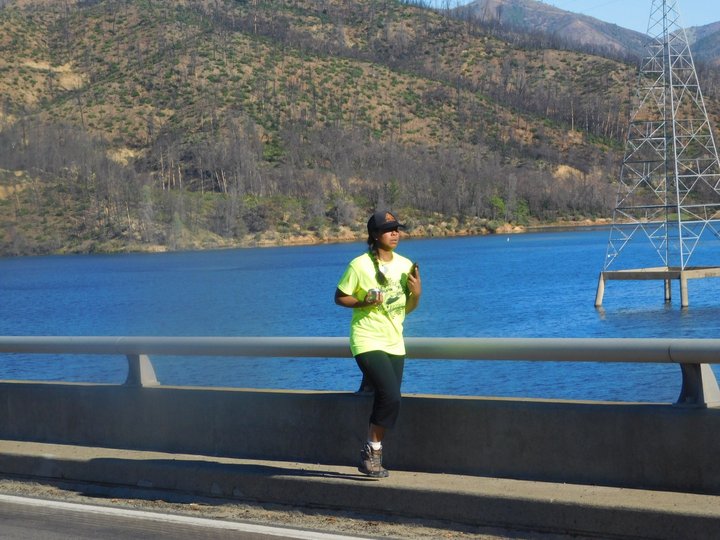 The Trinity River is threatened by the projects that threaten the Sacramento River and Bay Delta such as the Sites Reservoir, Shasta Dam raise, the Delta tunnel proposal and the new Trump Biological Opinion (Trump water plan) for the Central Valley federal and state water projects.

“Physically connecting to the lands that the creator bestowed to my people by foot on routes we have traveled for trade and communication for centuries was an honorable experience I’ll never forget.” state Thomas Joseph a Hoopa Valley Tribal member and representative for California Kitchen a sponsor of the run. “Through using these traditional methods to bring awareness of our community struggles to other communities we can find the strength and healing to combat the chaos of today’s challenges be it environmental or social struggles. We need to look back at traditional practices for our answers.”

Trinity Connection Runners ran by three dams and four reservoirs on their 50 mile run. They said that the run helps bring attention to the fact that the majority of the Central Valley’s water supply comes from the areas within their run; however local Tribes and rural people that are suffering from lack of salmon are rarely consulted in water decisions. Instead, major irrigators, such as the Westlands  Water District hundreds of miles away control North state water. They pointed to the fact that Westlands’ lawyer and lobbyist David Bernhardt is now running the very agency that controls decisions that impact California’s water decisions and Tribes. Bernhardt has been accused of numerous ethics violation since taking office.

“We are a salmon state and we should salmon state again.” said Chief Caleen Sisk of the Winnemem Wintu Tribe, which organizes the run. “It is time for us to come together”

More information about the run is at http://www.run4salmon.org/