Side Hustles, Liquidating 401(k)s: Here’s How Jobless Californians Are Getting by Without the Extra $600 » 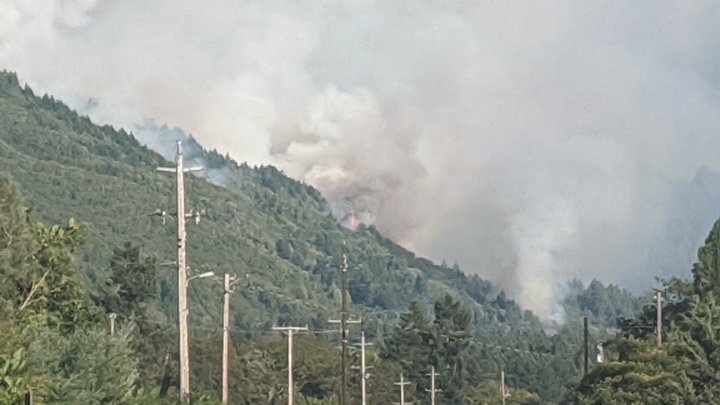 Photos of the Jones Point Fire provided by Andrew of Six Rivers Rafting.

A new wildfire fire that ignited yesterday evening just south of Hoopa along Tish Tang Road on the eastern bank of the Trinity River is 89 acres in size, the Hoopa Fire Department and Office of Emergency Services stated this afternoon.

As of this afternoon, one firefighter has reportedly suffered a broken leg while battling the blaze and no structures have been destroyed.

The Hoopa Fire Department stated that the fire is “human caused,” but has not given any additional information on what sparked the fire.

Map provided by the Hoopa Fire Department and Office of Emergency Services.