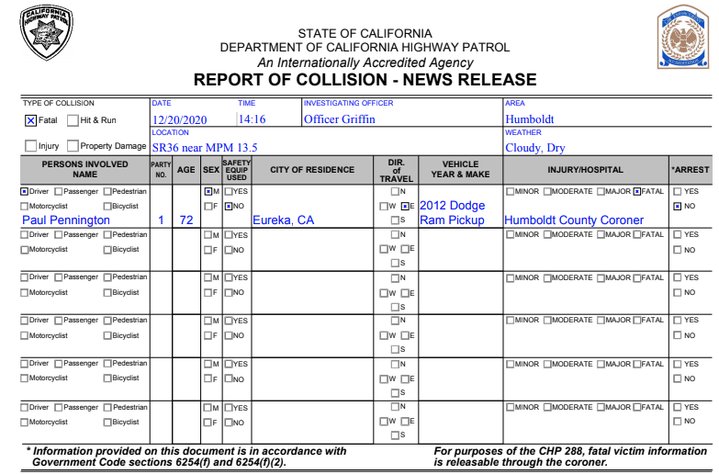 Emergency medical personnel responded to the scene and provided life-saving efforts to the sole occupant of the vehicle, 72-year-old Paul Pennington of Eureka. However, Mr. Pennington succumbed to his injuries at the scene.

The Humboldt County Coroner’s office responded to the scene and subsequently made notification to the next of kin.

Alcohol is not considered to be a factor and the CHP Humboldt Area office is continuing its investigation to determine the cause of this collision.

Anyone who may have information is asked to contact the Humboldt Area CHP Office at 707-822-5981.