Corsairs Open GVC at Home to Butte on Saturday

After a longer than expected break, the College of the Redwoods men’s basketball team will return to action when the Corsairs host Butte in a doubleheader of basketball games to open conference play on Saturday.

The men tip off at noon in a showdown between the top two teams in the Golden Valley Conference and two of the top teams in the state this season.

CR is ranked No. 14 in the latest coaches state poll, and Butte, which was a heavy preseason GVC favorite, is No. 19.

“It’s a high-profile matchup,” CR head coach Ryan Bisio said. “Two top-20 teams. This is one of the highest profile matchups in the state on Saturday.”

The Corsairs are 13-3 and have won eight straight games, having not tasted defeat since the middle of November.

They haven’t played since mid-December, however, having a longer than expected break after a game with Simpson JV scheduled for last week was canceled.

The break has given the first-year head coach a chance to work on some things with his players, who collectively are healthy, rested and ready for a game again.

“We’re at the point now we just have to play,” Bisio said.

And the coach is not worried the layoff will have any ill-effects on his team.

“People ask if maybe we’ve lost our mojo, and I certainly know with my heart that we haven’t,” Bisio said.

Butte, however, will present a challenge. 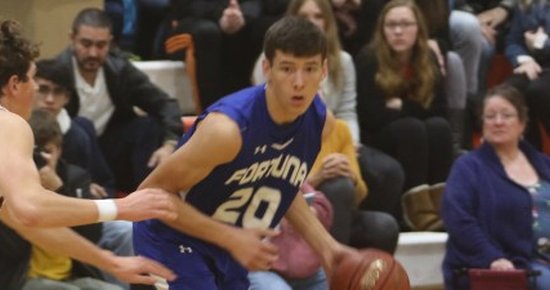 Cougars Sneak a Pair of Wins at HSU